"You're in no position to lecture the public about anything. You know nothing about the real world." 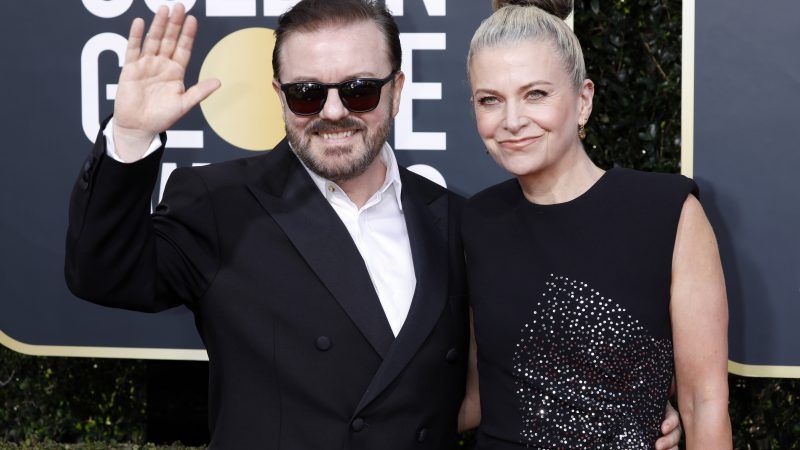 Host Ricky Gervais used his opening remarks at the 77th annual Golden Globe Awards Sunday night to scold his celebrity audience for hypocritically promoting progressive ideas despite the skeletons in their own industry's closet.

"You're in no position to lecture the public about anything," said Gervais. "You know nothing about the real world. Most of you spent less time in school than Greta Thunberg."

Gervais alluded to several of the various scandals that have rocked Hollywood in the past few years. He warned movie executives that Ronan Farrow "is coming for you," and joked that Felicity Huffman—who served time for her role in the college admissions fraud—was busy making license plates.

Gervais also referenced Epstein's suicide, which prompted some boos from the audience. But the comedian didn't miss a beat. "Shut up," said Gervais. "I know he's your friend, but I don't care."

Speaking for the millions of people who would rather not be lectured about climate change by a bunch of movie stars and their private jets, Gervais concluded his remarks by warning the night's award winners not to make any obnoxiously woke political statements.

"Come up, accept your little award, thank your agent and your god, and fuck off," he said.