Policing Parents and Kids: The Year's 8 Most Paranoid Moments 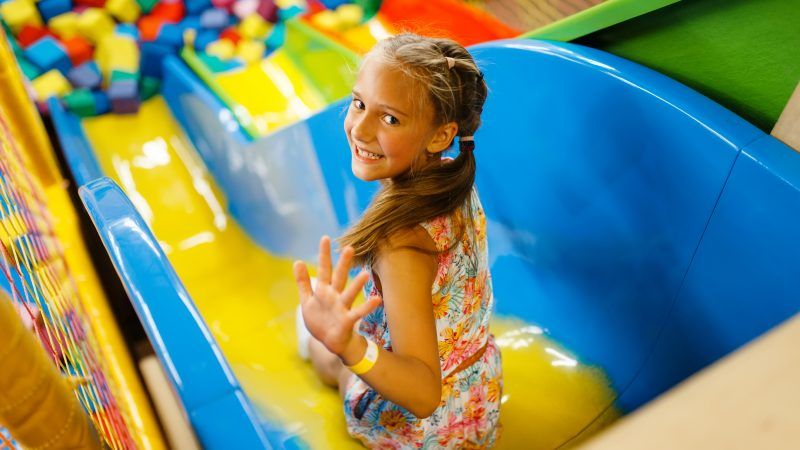 It wasn't all bad—but a lot of it was, so let's start with that. Without further ado, here are eight times that authority figures went to crazy lengths to deprive kids of autonomy in the name of nebulous safety concerns.

Bunny business: Hard-boiled lawyers made sure no kids could participate in the University of California–Berkeley's campus Easter egg hunt without parents first signing a waiver acknowledging the potential risk of "catastrophic injuries including paralysis and death."

Chalk's up, don't shoot: Teachers at Meadowlawn Elementary in Monticello, Indiana, were taken into a room, told to crouch down, and shot execution style. Then the next group was sent in. Then the next. But hey—it was just a drill! And the weapons were non-lethal Airsoft guns! These extenuating facts were something the terrified teachers didn't know at first. "They shot all of us across our backs," said one teacher. "I was hit four times."

Van-demonium: Don't even park near a white van, the mayor of Baltimore warned his constituents. "We're getting reports of somebody in a white van trying to snatch up young girls for human trafficking and for selling body parts." Reports? The stories were on Facebook. The police, who rely on other sources—like reality—said there had been no such crimes.

Do you know the muffin, ma'am? Holly Curry, a Kentucky mom who let her six children wait in the car for 10 minutes while she ran into a café to get them muffins, found herself reported to child protective services. The authorities came to her home and proceeded to make each child strip naked so they could look for signs of abuse. The verdict? The kids were fine, at least until they were forced to strip for strangers. Now the mom is pursuing a lawsuit.

Drag-not: Santana Adams of Milton, West Virginia, accused a man of grabbing her 5-year-old daughter and dragging her by the hair at an Old Navy, fleeing only when mama pulled out a gun from her purse. The man was quickly found and hauled off to jail, until mall footage showed the two shoppers calmly leaving the store, going in opposite directions. The mom has been charged with making a false accusation.

The old college try: Dozens of parents, including several celebrities, paid a fixer to help their kids cheat their way into their dream colleges. The fixer hired test takers, bribed coaches, and photoshopped the kids into water polo and crew team pictures—elite sports they didn't play and now probably never will.

Chore leave: Christina Behar posted a "mother's helper available" note on behalf of her spunky almost-10-year-old Sarah, who was looking for a part-time gig helping local moms with dishes, laundry, and such. Six hours later, the sheriff showed up at Behar's door. "Apparently the ad generated multiple phone calls from paranoid neighbors thinking I was using my child as a slave," said Christina. No slavery, for the record: just a modern kid willing to do some chores. (Weird, I know.)

Sliding into cash: A kindergartener who hurt her arm on the slide during recess at Griebling Elementary School in Howell, New Jersey, was awarded $170,000. Her lawyer said the girl was hurtling downward at an "excessive speed" because the slide was at a 35 degree angle, while federal standards say kindergarten slides should be no steeper than 30 degrees. Just wait until this family finds out that some towns have hills.

Thankfully, there was some good news, too. Here are five parenting moments that avoided worst-first thinking:

Club kids: The kids in one particular club at a Title I school in Texas outscored their fellow students on a statewide test in Texas. What kind of club? Perfect attendance? Teacher's pets? Children of NASA engineers? Try "Dungeons & Dragons club." Teacher Kade Wells explained why: "Playing Dungeons & Dragons makes you smarter."

She's a chum: New Smyrna Beach, Florida, called the "shark bite capital of the world" (though probably not by the New Smyrna Beach Chamber of Commerce), lived up to its name when 9-year-old Maggie Crum was bitten by a shark in knee-deep water on her first vacation there. Twelve stitches later, Maggie went right back in the water—and so did her parents.

Something special in the air: When Alexa Bjornson put her son Landon on a flight from Las Vegas to Oregon, she gave him a note to hand to the person sitting next to him, as well as a thank-you $10 bill. The note explained that Landon, 7, has autism and might ask, "Are we there yet?" a lot. But the guy next to him, Ben Pedraza, texted the mom at the end of the trip to say he'd had a great time joking around with the boy. As for the $10, Ben donated it to the Autism Society.

Trail blazers: California sisters Leia and Caroline Carrico, aged 8 and 5, went outside to play and got lost for 44 hours in the rainy, frigid, bear-filled woods behind their home. When they realized they didn't know how to get home, their 4-H training kicked in. Said Humboldt County Sheriff William Honsal of the girls: "They knew exactly what to do to hold on." They stayed put. They huddled under bushes to stay dry. And they drank the water that pooled on huckleberry leaves.

He's got my vote: When mom of three Elizabeth Broadbent learned that the South Carolina Senate was going to vote on a free-range parenting bill like the one in Utah, which guarantees that childhood independence is not mistaken for neglect, she found the perfect expert to address the Senate: her 9-year-old son, Blaise. Donning a suit and bowtie, Blaise told the lawmakers that if the state doesn't let his younger brothers play outside with him without his mother there all the time, he'd have to play alone and "it actually would be pretty boring." The Senate passed the bill, which now awaits a vote in the House.