New research shows that GOP candidates lost ground in counties that were adversely affected by the trade war. In places without those effects, there were "no discernable gains" for Republicans. 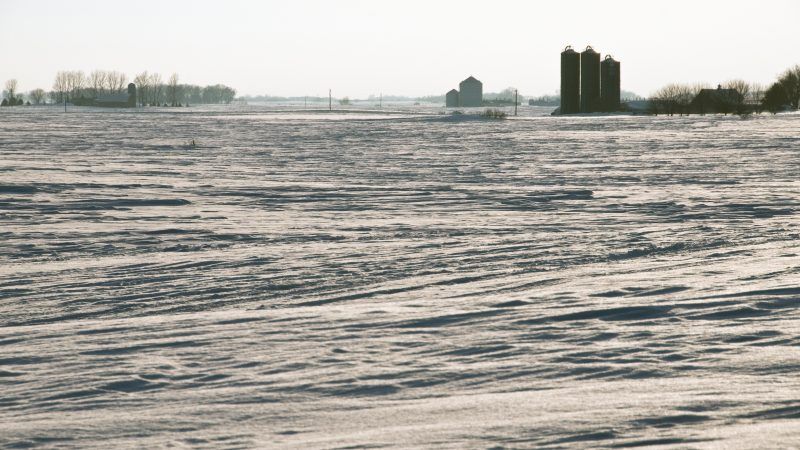 Rick Telesz is a farmer from northwestern Pennsylvania who voted for Donald Trump in 2016 after supporting Barack Obama four years earlier. But Telesz says Trump won't get his vote again in 2020—unless the trade war comes to an end.

"My breaking point with the current president came when I realized his trade war had caused 20 percent losses for the 750-acre family farm I help run in western Pennsylvania," Telesz wrote in an op-ed that USA Today published last week. Telesz' farm produces soybeans, corn, and dairy products, all of which have been negatively affected by the retaliatory tariffs imposed by China in response to President Donald Trump's widespread tariffs targeting Chinese-made goods.

And while a real backlash against Trump's trade policies might not happen until 2020, new research shows that the Republican Party has already paid a smaller electoral price for Trump's trade war. During the 2018 midterm elections—and particularly in rural "swing" counties that could be key to Trump's re-election hopes—researchers from Dartmouth College and the Peterson Institute for International Economics found "a modest but robust negative relationship between local employment exposure to the 2018 trade war and support for Republican House candidates."

By comparing county-level election results against county-level economic data showing industries harmed by the trade war, researchers Emily J. Blanchard, Chad P. Bown, and Davin Chor argue in a new paper that "Republican candidates lost ground in counties that were adversely affected" by the trade war. In counties where workers were disproportionately protected by new U.S. tariffs on steel and aluminum, there was "no discernible gains" for Republican politicians.

The 2018 midterms were not good for Republicans, as the party lost 40 House seats and its majority in the chamber. Blanchard, Bown, and Chor argue that about 10 percent of the overall decline in vote share for House GOP candidates between 2016 and 2018 was due to the consequences of the trade war, and the effect was most concentrated, they say, in swing counties where Trump narrowly lost the popular vote in 2016.

"Negative association was driven largely by retaliatory tariffs on agricultural products, particularly in political swing counties where Trump narrowly lost the popular vote in 2016," they write.

Meanwhile, Trump's ballyhooed farm bailouts—payments to farmers that the president has promised would make up for the damage caused by the trade war—didn't do much to help, politically.

"The 2018 agricultural subsidies offset some of the Republican loss in vote share, although this was likely immaterial to the swing in House seats," the Dartmouth and PIIE researchers note.

There could, of course, be other factors at play here—and one election is a small sample size. Still, it probably shouldn't come as a surprise that voters most victimized by a certain government policy would tend to withhold their support from the party that imposed that policy. And it might say something about Trump's clout in rural America that the 2018 backlash against the trade war wasn't worse.

With another year of economic pain since then—and maybe another year of the same to come before the 2020 election—farmers might be looking for better alternatives. They may not find them.

As I've written before, Democrats seem willing to waste a political opportunity that's been handed to them by Trump's trade war. Sen. Elizabeth Warren (D–Mass.) has outlined a trade policy that looks a lot like Trump's. She effectively rules out signing trade deals with developing nations until they adopt American standards for labor laws, environmental rules, and more. She sees tariffs as "an important tool" in achieving those goals.

Few Democrats have been willing to challenge that point of view, and the ones who have done so have mostly failed to gain much attention for it. Former vice president Joe Biden—who championed the Trans-Pacific Partnership during the Obama administration, and who supported the North American Free Trade Agreement when it passed Congress in 1994—has significantly toned down his support for free trade. So far, not a single Democrat in the 2020 primary field has committed to repealing Trump's tariffs on Chinese-made goods, which would be the most sure-fire way to end the trade war and boost farm exports again.

But even if Democrats don't seize the opportunity presented to them, Republicans may still be in trouble. In his op-ed for USA Today, Telesz said he was fed up with Trump's empty promises of trade deals that never seem to materialize.

In January, the president spoke to the American Farm Bureau's annual convention and promised "trade deals that are going to get you so much business, you're not even going to believe it. Your problem will be: 'What do we do? We need more acreage immediately. We got to plant.'"

More recently, Trump said his "phase one" deal with China would result in more exports of agricultural products. On October 11, as he announced that deal from the Oval Office, Trump had a specific message for American farmers. "I'd suggest the farmers have to go and immediately buy more land and get bigger tractors."

More than a month later, details of that deal have still not been released. There is increasing skepticism that it will come together at all.

"Farmers aren't as easily fooled as the president thinks," Telesz wrote. "More and more farmers see his trade promises for what they are: hot air into the cold wind."