Puppies and Kittens Trump the Constitution

The new federal ban on animal cruelty converts the Commerce Clause into a general police power. 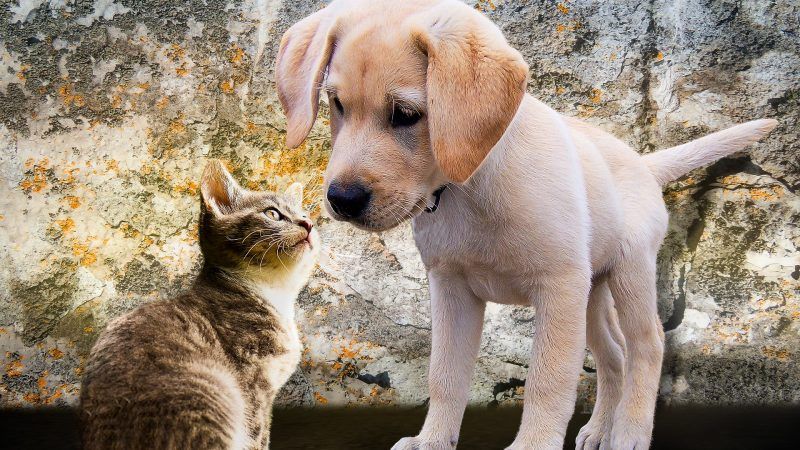 I guess I should say at the outset that I do not favor torturing puppies and kittens. But there is a difference between opposing cruelty to animals, which is already illegal in all 50 states, and supporting a law that makes such conduct a federal felony.

That distinction seems to have eluded every member of Congress, which unanimously approved the Preventing Animal Cruelty and Torture (PACT) Act, a bill that President Donald Trump is expected to sign soon. The PACT Act exemplifies the widely accepted but pernicious belief that Congress has free-ranging authority to address anything that bothers its members, regardless of whether it is already addressed by state law and regardless of whether it plausibly fits within their enumerated powers.

The bill, which the House passed by a voice vote last month and the Senate passed by unanimous consent last week, makes it a crime, punishable by up to seven years in prison, "for any person to purposely engage in animal crushing in or affecting interstate or foreign commerce." The PACT Act counterintuitively defines "animal crushing" to include not only crushing but also burning, drowning, suffocation, impalement, or any other action that causes "serious bodily injury."

That puzzling nomenclature reflects the bill's roots in the Animal Crush Video Prohibition Act, a 2010 law that criminalized production and distribution of images that cater to a highly specific sexual fetish epitomized by the deployment of high-heeled shoes against small furry creatures. That law banned the trade in such videos, provided they qualify as "obscene," but it did not address the acts they record.

Although critics who thought the 2010 law did not go far enough saw that omission as a glaring defect, there was a constitutional rationale for limiting the ban to images "distributed in, or using a means or facility of, interstate or foreign commerce." In passing the ban, Congress was relying on its power to "regulate commerce with foreign nations, and among the several states."

Under the PACT Act, by contrast, Congress is not simply regulating interstate commerce. It is purporting to prohibit any act of animal cruelty "affecting" interstate commerce, whatever that means. This understanding of the Commerce Clause converts it into the sort of general police power that the Constitution reserves to the states.

While the Supreme Court for many years has stretched the Commerce Clause to accommodate nearly everything Congress might want to do, there are still supposed to be some limits. In 1995, for instance, the Court struck down a federal law that made it a crime to possess a gun near a school, which the government defended based on the same sort of tenuous relationship to interstate commerce invoked by the PACT Act.

Congress subsequently amended the Gun-Free School Zones Act, specifying that it applies only to a firearm "that has moved in or that otherwise affects interstate or foreign commerce." According to several federal appeals courts, that tiny jurisdictional fig leaf was enough to save the law.

If those courts are right, the PACT Act may well be constitutional. But if merely alluding to interstate commerce is enough to justify congressional action that is not otherwise proscribed, "the Federal Government is no longer one of limited and enumerated powers," as Justice Clarence Thomas warned in a 2005 Commerce Clause case.

Republican legislators who claim to defend the Constitution, including its limits on their own power, once viewed that prospect with alarm. The PACT Act shows that is no longer true.