In comments to CNN on Monday night, Biden expressed a willingness to smash Section 230 in order to settle a feud his campaign is having with Facebook. That's a terrible idea. 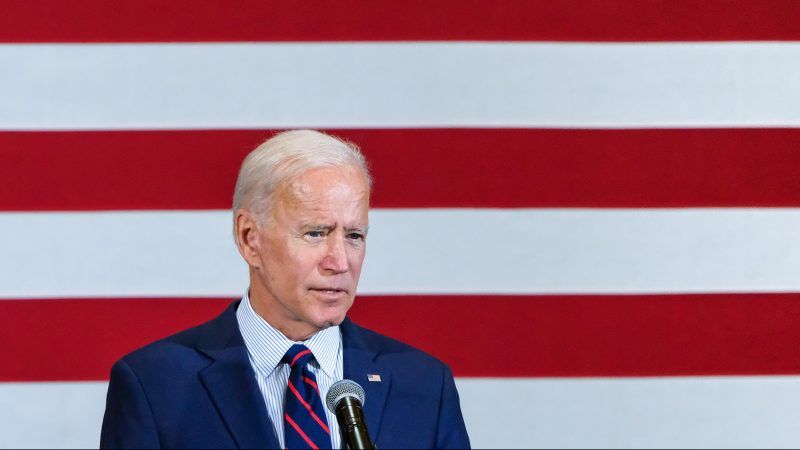 In an effort to force Facebook to change its policy towards negative ads targeting his campaign, Democratic presidential candidate Joe Biden is apparently willing to trash the federal law that guarantees free speech online.

It's the latest sign that even supposedly liberal centrist politicians are willing to join forces with the far right to rewrite the rules for online speech.

Biden's campaign and Facebook have been feuding for weeks over Facebook's policy of allowing political campaigns to buy ads on the site to spread possibly false information. In a letter to Facebook last month, Biden's campaign called on the social media site to reject political ads containing "previously debunked content"—like a Trump campaign ad linking Biden and his son, Hunter, to corruption in Ukraine.

In response, Facebook CEO Mark Zuckerberg said the company's policies were "grounded in Facebook's fundamental belief in free expression, respect for the democratic process, and the belief that, in mature democracies with a free press, political speech is already arguably the most scrutinized speech there is."

Apparently unsatisfied, Biden has stepped up his criticism of Facebook. On Monday night, the former vice president told a CNN town hall that he'd be willing to rewrite the rules for all online platforms in order to force social media companies to "be more socially conscious."

"I just think it's a little out of hand," Biden continued. "And I, for one, think we should be considering taking away the exception that they cannot be sued for knowingly engaged on (sic), in promoting something that's not true."

Joe Biden: "I, for one, think we should be considering taking away [Facebook's] exemption that they cannot be sued for knowingly engaged on, in promoting something that's not true." pic.twitter.com/p8Moh2fyJy

The exemption that Biden is talking about is Section 230 of the Communications Decency Act. It is the First Amendment for the online world. Just 26 words long, Section 230 promises that online platforms will not be held liable for content provided by users or other publishers.

But this is more than just a flip-flop on a decades-old vote. In calling for Section 230 to be rewritten or abandoned, Biden is giving cover to illiberal politicians who want to undermine the promise of digital free speech—and, in the process, give significant power to government to police speech online.

As Reason's Elizabeth Nolan Brown has written, the effort to carve away at Section 230 is backed by lawmakers on both the right and left. Sen. Josh Hawley (R–Mo.) and Sen. Kamala Harris (D–Calif.) are in many ways leading the effort, but Speaker of the House Nancy Pelosi (D–Calif.) has also voiced her support for making online platforms liable for content created by users.

In practice, stripping away Section 230 protections likely would result in platforms significantly restricting the content they would host. It would also create a different standard for websites that does not exist for other forms of media.

"Holding Facebook liable for a user's false statement is like holding CNN liable if candidate Biden made a false statement on their Town Hall last night," says Carl Szabo, vice president and general counsel for NetChoice, a nonprofit that favors digital free speech.

Indeed, newspapers and TV stations are not held liable for false statements made in campaign ads—which seems to be the standard Biden wants to impose on digital platforms—but are free to reject ads if they choose. Facebook and Google should be no different.

The internet didn't create lying politicians or false political ads. It's understandable that Biden is frustrated with Facebook's policy toward ads targeting his campaign, but that's not a good reason to scrap the federal policies that have allowed the internet to grow and prosper for decades. And since Biden had a hand in crafting that law in the first place, he really ought to know better.