Congress wants to know if the agency is strengthening transparency or silencing science. 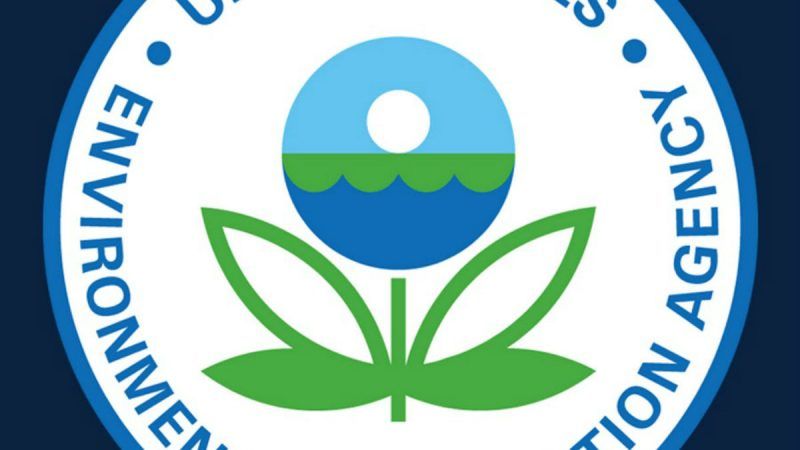 "The Trump administration is preparing to significantly limit the scientific and medical research that the government can use to determine public health regulations, overriding protests from scientists and physicians who say the new rule would undermine the scientific underpinnings of government policymaking," The New York Times reported Tuesday. The article, based on a leaked preliminary draft supplemental notice of proposed rule-making, provoked a spate of denunciations.

"Let's call this what it is: an excuse to abandon clean air, clean water, and chemical safety rules," asserted a statement issued by Dr. Andrew Rosenberg, director of the Center for Science and Democracy at the Union of Concerned Scientists. In her opening statement at a hearing today, entitled "Strengthening Transparency or Silencing Science," House of Representatives Science, Space, and Technology Committee Chairwoman Eddie Bernice Johnson (D–Texas) declared, "The requirement for data to be publicly available is nothing more than an attempt to undercut EPA's mandate to use the best available science. I believe this is part of an effort to destroy regulations that protect public health but are opposed by some regulated industries."

The draft notice is intended to supplement the Environmental Protection Agency's proposed Strengthening Transparency in Regulatory Science Rule, published in the Federal Register last April. The draft states the proposed regulation is aimed at "ensur[ing] data and models underlying science that is pivotal to EPA's significant regulatory decisions are publicly available in a manner sufficient for independent validation and analysis." Among other things, the supplement attempts to clarify the meaning of various terms in the original proposed regulation.

Critics were particularly alarmed by the Times' interpretation that the new proposed regulations governing which scientific studies the EPA could use would be retroactively applied. In a press release today, the EPA asserts this claim is"completely false" and stresses that the draft cited by the Times' is not the one actually undergoing pre-publication interagency review by the Office of Management and Budget.

Back in 2015, I reported on the passage of the Secret Science Reform Act by the Republican majority in the House of Representatives. That bill similarly sought to limit the agency, in devising its regulations, to using scientific studies whose data are publicly available. As I observed then, "I do not doubt the cynical motives of some supporters of this bill, but I also do not doubt the equally cynical motives of its opponents." Lamentably, the same situation applies to these proposed regulations.

"We are increasingly aware that researchers are not immune from selecting certain results which appear to support their hypothesis, and this may be especially true when the research has important policy implications," notes Albert Einstein College of Medicine epidemiologist Geoffrey Kabat in an email. "For these reasons, the data from studies that are the basis for formulating regulations should be available to the research community for independent re-analysis.  This should not be regarded as some extreme demand – it should be a matter of course."

Kabat continues, "But it's crucial to add a caveat—the science regarding the health effects of air pollution and similar questions is difficult enough to get right without compounding the difficulties by allowing the science to be hijacked by politics – from either the Right or the Left."

Surely everyone can agree that open science should be the default ​for research plans, data, materials, code, and outcomes for all science, not just science used by Federal regulatory agencies.