His desperate attempt to stop a grand jury from seeing his tax returns invokes kingly powers that would put the president above the law. 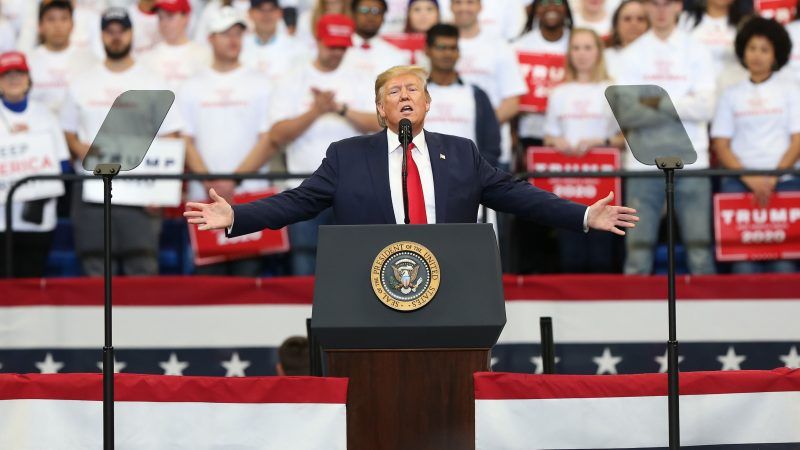 President Donald Trump's desperate attempt to block a New York grand jury subpoena seeking his tax returns, which he once promised to publicly release, makes you wonder anew why he is so keen to prevent anyone from looking at those records, even in secret. But the case also raises the more momentous question of whether presidents have an unqualified right to quash such demands as long as they occupy the White House.

Trump's view, as U.S. District Judge Victor Marrero summarized it last month, is that "the person who serves as President, while in office, enjoys absolute immunity from criminal process of any kind." Marrero rejected that claim as "repugnant to the nation's governmental structure and constitutional values." On Monday, the U.S. Court of Appeals for the 2nd Circuit agreed with Marrero.

The subpoena seeking Trump's returns from his accounting firm is part of a probe by Manhattan District Attorney Cyrus Vance Jr., who is investigating hush payments received by two women who say they had sexual relationships with the president before he was elected. Michael Cohen, Trump's former attorney, is serving a prison sentence for federal crimes related to those payments, and Vance reportedly is curious about whether the scheme also violated a state law prohibiting falsification of business records.

If political foes like Vance are allowed to launch criminal investigations that might implicate Trump, he worries, the proliferation of such probes could have a crippling effect on his presidency. While that concern is hardly frivolous, Trump's audacious solution puts both the president and his cronies above the law at least temporarily and perhaps permanently, depending on statutes of limitation and the impact that the passage of time has on the availability of evidence.

Which brings us, weirdly enough, to Trump's 2016 boast that "I could stand in the middle of Fifth Avenue and shoot somebody, and I wouldn't lose any voters." If Trump actually committed such a crime while in office, 2nd Circuit Judge Denny Chin wondered during oral argument last month, what recourse would police and prosecutors have?

"Local authorities couldn't investigate?" Chin asked. "Nothing could be done? That is your position?"

Trump's lawyer, William Consovoy, did not hesitate. "That is correct," he said, while noting that Trump could be prosecuted after leaving office.

That position did not sit well with the appeals court, which noted that it seems inconsistent with the relevant precedents. Way back in 1807, Chief Justice John Marshall, while overseeing the treason trial of Vice President Aaron Burr, upheld a subpoena seeking documents from President Thomas Jefferson for use by the defense.

Marshall deemed it "not controverted" that "the president of the United States may be subpoenaed, and examined as a witness, and required to produce any paper in his possession." In 1974, when the Supreme Court unanimously upheld a subpoena directing President Richard Nixon to produce audio recordings and documents for use in the Watergate-related prosecution of senior administration officials, it likewise held that "neither the doctrine of separation of powers, nor the need for confidentiality of high‐level communications, without more, can sustain an absolute, unqualified Presidential privilege of immunity from judicial process under all circumstances."

The Court reiterated that point in 1997, when it allowed Paula Jones' sexual harassment lawsuit against President Bill Clinton to proceed. "The President is subject to judicial process in appropriate circumstances," it noted.

The Trump case, which the Supreme Court is expected to hear on appeal, is novel in the sense that it involves a local criminal investigation, as opposed to a federal prosecution or a civil lawsuit. But unlike the Nixon case, it does not implicate the president's conversations with his advisers. And unlike both the Nixon and Clinton cases, it does not even involve demands on the president himself.

It is surely possible to address Trump's legitimate concerns about presidential prerogatives without granting him the blanket of protection he seeks. The rule of law requires a more discriminating approach.