Student Charged With Manslaughter for Texting Boyfriend to 'Go Die'

The 21-year-old faces criminal punishment for text messages to her suicidal boyfriend. 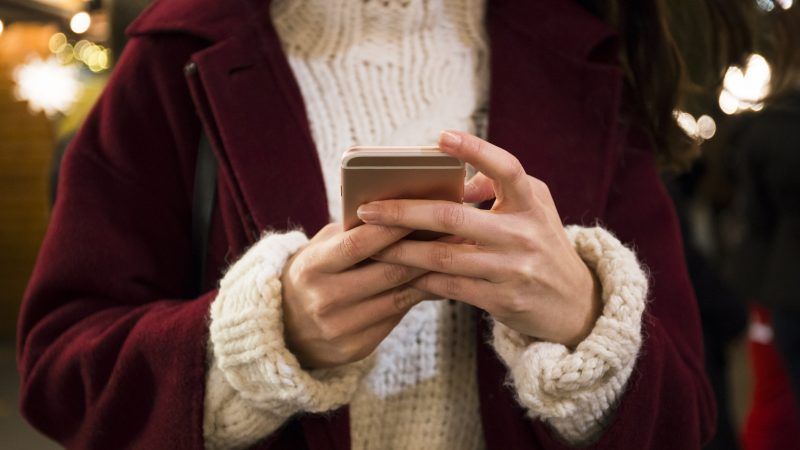 Massachusetts prosecutors persist in attempting to hold young women responsible for the conduct of troubled young men. This week, the Suffolk County District Attorney's Office announced criminal charges against 21-year-old Inyoung You, for allegedly being so mean to her boyfriend that he committed suicide.

In the present case, 22-year-old Alexander Urtula committed suicide this past May, on the same day he was supposed to graduate from Boston College. Urtula and You had been dating for 18 months, according to Suffolk District Attorney Rachael Rollins. In the months leading up to his death, You allegedly sent Urtula 47,000 text messages, including some that said things like "go kill yourself" and "go die."

Rollins accused You of making "demands and threats" and having "complete and total control over Mr. Urtula both mentally and emotionally."

You, a South Korean national who was also studying at Boston College, is currently back in her native country. Rollins said prosecutors were talking with attorneys about her coming back voluntarily but would start extradition proceedings otherwise.

That's right—a prosecutor is willing to extradite You back from South Korea for supposedly texting her boyfriend to death.

In this case, as with Carter, the cruel messages certainly don't speak highly of the sender. Urging a depressed loved one to kill themselves rather than seek help is appalling—and perhaps Carter and You are both just monsters. But it's not unimaginable that urging a suicidal partner to go through with it could be a misguided attempt at compassion, if the sender was also struggling with depression or heartbroken at watching a loved one's long suffering. (Carter's lawyers blamed her behavior in part on antidepressants.)

Dealing with someone close to you in the throes of serious mental illness can be a hugely taxing and confusing situation even for seasoned adults—and in these instances, we're talking about 17 to 22 year olds.

Do we really want to start criminally prosecuting people for not handling these situations so well? Or to start locking people up for cruel words if the receiver happens to do something drastic?

We don't know the state of You and Urtula's relationship and we don't know what kinds of things he had been saying to her when she told him to "go die."

But phrases like that aren't uncommon during nasty breakups. They can be (and usually are) rhetorical. A heat-of-the-moment response to some sort of provocation. The bitter pushback of someone treated poorly by a partner for too long. A plea to be left alone. A means of belittling. Or a horrid instruction. In short: highly contextual. Not the kind of thing folks like police and prosecutors have a great history with sorting out.

It's perhaps telling that so far, the two people charged for these pro-suicide text crimes are young women in relationships with male partners. The prosecutions of Carter and You play into tropes about young seductresses and the cruel sway they can have over helpless male targets. In both cases, the state has portrayed the young women as purely evil narcissists and wielders of unimaginable power over poor, enraptured young men.

It's a worrying trend.

Cases like these make criminals out of troubled teens and young adults, run counter to our current legal understandings of free speech, and represent a ridiculously over-punitive reaction. Which means that, unfortunately, they're right in keeping with our country's general attitude toward anything involving young people, relationships, and technology.