In fact, the legal doctrine lets cops to get away with outrageous conduct. 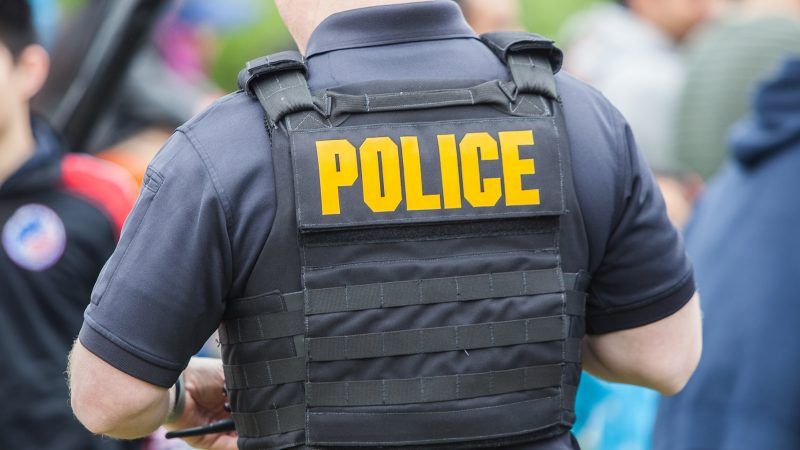 Judge James C. Ho of the 5th Circuit Court of Appeals offered a novel theory this week: "If we want to stop mass shootings, we should stop punishing police officers who put their lives on the line to prevent them."

A majority of judges hearing the case disagreed.

The story begins in 2013, when sheriff's deputies in Kaufman County, Texas, responded to reports of a man terrorizing a neighborhood by kicking mailboxes, pointing a gun at residents' houses, and yelling, "I'm just trying to get back what's mine." One complainant stated that there was a man "walking up and down the street, screaming and firing a gun."

Upon arriving at the scene, Officers Gabriel Hinojosa and Matthew Hinds, a defendant in the suit, stated that they encountered a black male wearing a brown shirt; he allegedly fired one round at the officers before ducking out of sight on two occasions. Then Gabriel Winzer, wearing a blue shirt, "emerged from behind a house and biked toward the officers," Ho writes, prompting them to open fire.

Winzer retreated. He was found several minutes later in his father's backyard with four gunshot wounds to his chest, shoulder, and upper back. His dad was with him, "trying to comfort and revive him." As Winzer lay dying, officers attempted to handcuff him, but he resisted, so they tased him. Only then were paramedics allowed to enter the scene, where he was pronounced dead shortly thereafter.

Winzer was 25 years old. He was mentally handicapped. And he probably wasn't the man terrorizing the neighborhood.

Ho's dissent defends the officers fiercely, disregarding all evidence that contradicts the idea that Winzer was guilty. So he mentions that Winzer's father had several firearms in his home, but he omits the fact that Kaufman County's own sheriff confirmed that a gun was never found on Winzer. He also ignores the fact that the officers themselves say the man who fired at them was dressed differently. And he skips over an implausible part of their testimony—the part where Winzer "brought his hand gun to a firing position" while riding a bicycle.

"It is unknown how many lives were saved by these deputies on April 27, 2013," writes Ho. "What is known, however, is that Kaufman County will now stand trial for their potentially life-saving actions—and that its taxpayers, including those who will forever be traumatized by Winzer's acts of terror, will pick up the tab for any judgment."

The particulars of the case aside, Ho's support for the officers rests on the unfortunate legal doctrine of qualified immunity. This holds that public servants can violate someone's constitutional rights without fear of civil suits if those rights have not been "clearly established" by previous case law. In the case before the court, the county argued that the officers did not breach Winzer's Fourth Amendment rights because they had "probable cause" to think Winzer "posed a threat of serious bodily harm."

Ho asserts that qualified immunity is an imperative to protecting the public; without it, he implies, violence will proliferate, because officers will be too afraid to use lethal force. In reality, the contrary is true. Time and time again, civil servants—namely police officers—have used qualified immunity to avoid accountability for their outrageous, and oftentimes violent, actions.

Consider Corbitt v. Vickers, in which the 11th Circuit gave qualified immunity to a police officer who shot a 10-year-old boy in the knee as the cop was trying to shoot the family's nonthreatening dog. Although the officer faced no apparent threat, the court ruled that he did not infringe on anyone's constitutional rights because he meant to shoot the dog, not the child. The family was denied compensation for their medical bills.

Or take Jessop v. City of Fresno, in which the 9th Circuit granted qualified immunity to two officers who allegedly stole $226,380 while conducting a search warrant. The court acknowledged that "the City Officers ought to have recognized that the alleged theft was morally wrong," but it ruled that they "did not have clear notice" that stealing the property violated the Constitution.

The list of abuses goes on, but it does not seem to have moved Ho. Thankfully, this time, he was outnumbered.