Plea deals aren’t about mercy these days. They’re about intimidating defendants into giving up the right to a trial. 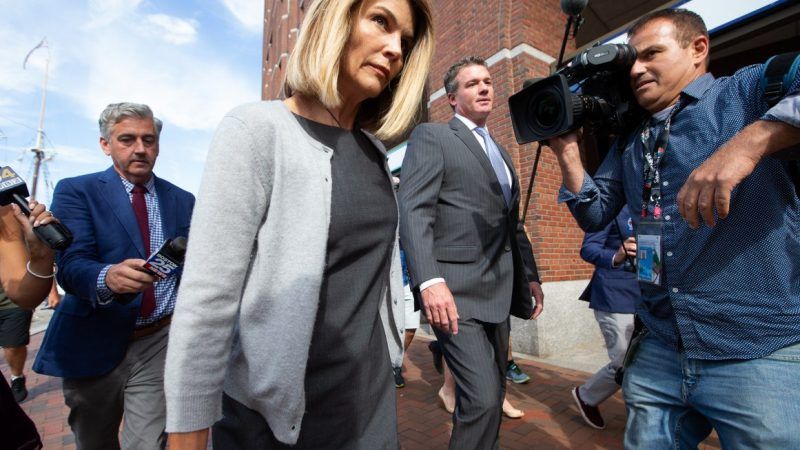 Department of Justice attorneys turned the screws on actor Lori Loughlin and 10 other parents this week by bringing new charges against them for attempting to use their wealth to buy their kids spots at selective colleges.

The new charges of conspiracy to commit bribery and money laundering, filed Tuesday, came just a day after four other parents caught up in the "Varsity Blues" scandal accepted plea deals in Boston. This is not a coincidence. As USA Today's reporting makes abundantly clear, the parents who pleaded guilty did so because prosecutors had threatened them with these additional charges. Loughlin and the other parents face harsher criminal punishment now entirely because they are insisting on their innocence:

The new charges do not allege new actions. Prosecutors are looking to ramp up pressure against the remaining 23 parents, coaches and other defendants who have not caved and are preparing for trial in the "Varsity Blues" case.

"Today's charges are the result of ongoing investigation in the nationwide college admissions case," U.S. Attorney Andrew Lelling said in a statement. "Our goal from the beginning has been to hold the defendants fully accountable for corrupting the college admissions process through cheating, bribery and fraud."

Prosecutors are only now insisting on holding the defendants "fully accountable" because these parents are insisting on exercising their constitutional right to a fair trial. Loughlin and the other defendants would not have received these additional charges if they'd accepted plea deals. One of the parents told the judge Monday that the Justice Department told them it would not seek any further punishment if the parent accepted the deal.

This behavior by federal prosecutors is both common and a frustrating subversion of the criminal justice process. Despite our constitutional right to a trial, a full 97 percent of all criminal cases are resolved with plea deals, according to the National Association of Criminal Defense Lawyers (NACDL).

And when you look at what's happening with Loughlin, it's easy to see why. Actor Felicity Huffman pleaded guilty to mail fraud and was sentenced to 14 days in prison, a year of supervised release, 250 hours of community service, and a $30,000 fine. By adding charges against Loughlin (and other parents) of conspiracy to commit bribery and money laundering, prosecutors are adding months and even years of additional prison time in the event the parents are convicted.

The U.S. Attorney's Office for the District of Massachusetts boasts that these new charges carry prison sentences of up to 25 years. There is absolutely no way any of these people will receive sentences that harsh, but it's abundantly clear that the prosecutors want to punish them not just for the offenses they are alleged to have committed, but also for insisting on going to trial. What's more, the new indictments include asset forfeiture requests should the defendants be convicted.

The NACDL doesn't publicly comment on specific cases, but last year the organization published a report about this trend, which it and other criminal justice reform groups have long called "the Trial Penalty."

The NACDL report warns that Americans are essentially losing their Sixth Amendment right to a trial because of the massive charging disparity between the offenses prosecutors offer in a plea deal and the offenses they take to trial. The report notes that "the mere decision to charge triggers a domino effect making a guilty plea the only rational choice in most cases. And as trials and hearings decline, so too does government accountability. Government mistakes and misconduct are rarely uncovered, or are simply resolved in a more favorable plea bargain." Studies of exonerations have determined that hundreds of people who serve prison time for crimes that it later turns out they didn't commit had pleaded guilty in the hopes of less punishment.

What's happening to Loughlin and these other parents happens to hundreds of poorer, less connected defendants every day across the country. But we should be careful not to see it as karmic "balance" that a small group of wealthy, privileged parents is now getting railroaded by the system. It's not more "fair" when prosecutorial overreach affects rich people.

It is, however, an excellent opportunity to talk about the fact that our criminal justice system punishes defendants not just for breaking the law, but also for exercising their constitutional rights.