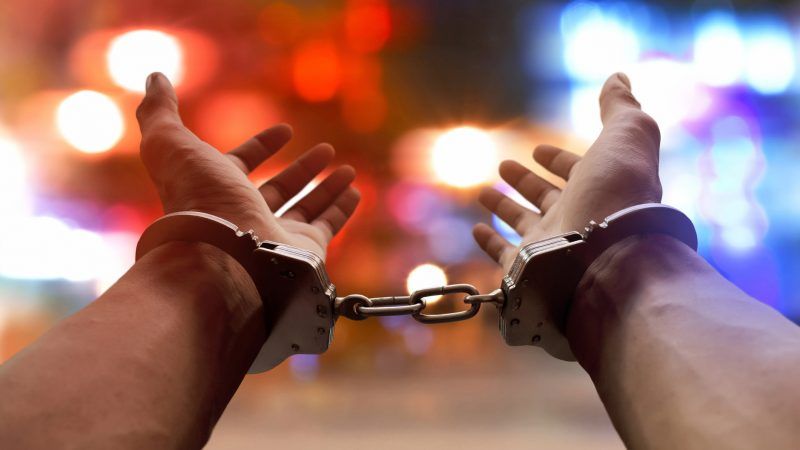 How do you catch a predator in Sarasota, Florida? You create one.

The Sarasota County Sheriff's Office (SCSO) is going to "outrageous lengths" to make law-abiding lonely guys into sex offenders. That's according to Noah Pransky, a fearless journalist who has been covering Florida's addiction to entrapment for years.

In September, SCSO arrested 23 men for allegedly soliciting underage girls for sex. Pransky's most recent piece in Florida Politics chronicles the elaborate back and forth between one of those men and a police officer pretending to be a young female. Pransky writes:

In one example from a 2017 operation, SCSO spent two days trying to seduce a 20-year-old man who showed no interest in having sex with a child. Detectives, who posted an ad for an 18-year-old woman on Tinder, matched with the young man and proceeded to swap "getting-to-know-you" texts for more than an hour; only then did detectives tell the man he was chatting with a 14-year-old girl, not an 18-year-old.

Undercover detectives continued to try and talk about sex with the man the next day; he again rebuffed the attempts, but continued the small talk because he indicated he was bored. Detectives then sent unsolicited, flirty photos to the man; a tactic that violates best practices and ethical standards for this type of stings.

The terrible thing about this case is that the sheriff's office is not trying to save any actual kids. It is just trying to get an easy win.

Most parents who worry about predators online are picturing a creepy guy lurking on some kiddie site where he lures unsuspecting youngsters away to a sordid encounter at the Dairy Queen.

But the SCSO folks flip that scenario entirely. They log onto adult sites, claiming to be adult age. It's only once they establish some kind of bond with an adult who went online hoping to find a legal-age companion that they then confess that they are underage.

Normally, the SCSO destroys the records of these stings, preventing the public from understanding the sordid process that produced the arrest of the supposed sex offender. But in the case highlighted above, the 20-year-old man was actually a civilian employee of the SCSO, and he preserved the chat log:

Even though the man never suggested meeting up with an underage child, never brought up sex during their two full days of online chats, and appeared to be a model employee, he was suspended by the sheriff's office following the exchange. He said he was then pressured to resign to keep the episode private.

I would pressure him to keep it private, too, if I'd been as duplicitous as the SCSO:

The chat log reveals detectives willing to dedicate hours trying to build the trust — and romantic interest — of a man who thinks he is talking to another adult, before informing the man that the woman showing him affection is actually four years younger than she had led him to believe.

Detectives "swiped right" on the Tinder profile of the 20-year-old sheriff's office employee, whose profile read, "literally just want to hang with someone and be able to eat and not feel judged." On Sunday morning, May 20, he introduced himself to 18-year-old "Stephanie," told her he was bored at work, and the two spent the rest of the day texting back and forth.

But detectives kept pressing, suggesting they meet up. "Just lookin for a friend to chill with," they wrote the man, then telling him "Stephanie" was only 14 years old.

The pace of the conversation slowed down, but the two continued to talk about work, where they grew up, and a coffee table the man was planning on buying.

Then they sent a fake photo and asked the guy to send one in return. He didn't.

Eventually, they tried to steer the conversation toward sex. "I like older guys … I've never had sex before … I waant," wrote 'Stephanie.'

The mark responded: "You're 14 just relax growing up is not all the hype."

After another day of this aggressive flirting on the detective's part, the 20-year-old cut off the conversation. Had he taken the bait, he could be facing years in prison and registration as a sex offender. Instead, he merely lost his job.

In another article, Pransky profiled a 62-year-old man who did take the bait: Hamid Keshmirian, who went to a site that purported to provide adult escorts. He began talking with someone who claimed to be an adult female, but once a friendship was established, she revealed herself to be 14-year-old prostitute eager to have sex with old men.

The girl was actually a cop. "Deputies went as far as to put a man on the phone with Keshmirian, claiming to be the girl's father, giving permission for the encounter," Pransky writes.

Keshmirian's daughters say their dad had battled depression for eight years. When he went to meet the "girl" on his birthday, September 19, he was immediately arrested and thrown in jail. Two days later a friend bailed him out.

He killed himself that night.

Sarasota Sheriff Tom Knight posted about his team's recent successes at catching predators, writing, "I wish I could say these operations were no longer needed but time and time again, even after we make dozens of arrests, these men keep coming back for more."

Someone keeps coming back for more. But is it "these men," or the cops?