New Orleans Magistrates Get a Cut of Fines and Bail Money, and That's a Problem 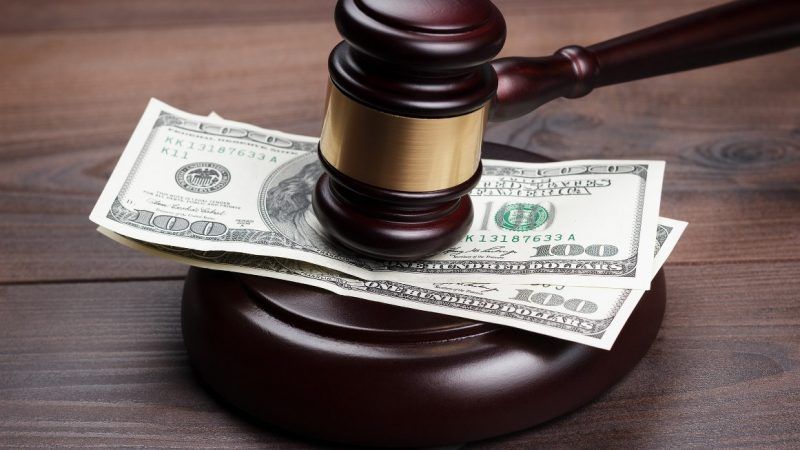 New Orleans magistrates who fund their own courts using a cut of the fines and bail they order defendants to pay have a financial conflict of interest and violate defendants' due process rights, the 5th U.S. Circuit Court of Appeals ruled in not one, but two federal court cases. These decisions follow a pair of federal rulings from a year ago in which two judges for the U.S. District Court for the Eastern District of Louisiana ordered New Orleans magistrates to stop jailing defendants who couldn't afford to pay fees or up-front bail costs.

Orleans Parish Magistrate Henry Cantrell was accused of typically setting a minimum bail of $2,500 for defendants and threatening defense attorneys who sought bail reductions. One defendant sat in jail for two weeks trying to collect the money. A second defendant was unable to pay bail and stayed in jail for more than a month before being freed. It just so happened that Cantrell's court got a chunk of any fines and bail money it collected. The court used that money to fund its operations.

Last year, Cantrell told the federal courts he had changed these practices and was no longer simply demanding large bail amounts that defendants couldn't pay. But he also appealed last year's rulings, asking the 5th U.S. Circuit Court of Appeals to rule that setting the bail amounts and also funding the court with bail proceeds did not violate the due process rights of defendants.

On Thursday, a three-judge panel on the 5th U.S. Circuit Court of Appeals flatly rejected Cantrell's request. In a 14-page ruling, the judges explained that if a magistrate needs bail money to fund court systems, he is incentivized to extract bail money from defendants. While Cantrell didn't pocket the money himself, these bail bonds paid for up to a quarter of some courts' budgets. Judge Gregg Costa wrote Thursday's decision affirming the lower court's ruling on bail: "Judge Cantrell has a direct and personal interest in the fiscal health of the public institution that benefits from the fees his court generates and that he also helps allocate."

This ruling focused specifically on the magistrates' demands of cash bail and their financial stake in making people pay. Last Friday, a separate 5th Circuit panel ruled that these same magistrates also have a conflict of interest when determining whether a defendant can afford to pay the fines and fees. That decision noted that when the collection of fines and fees goes down, it directly impacts the courts' operations, causing cuts in services and salaries. The magistrates then respond by trying to increase the collection of fines and fees to keep the courts operating.

Essentially, New Orleans funding its courts on the backs of the defendants that appear before that court is a huge problem. If the courts don't get money from the defendants, it won't be able to function. Costa bluntly notes toward the end of his ruling that the obvious solution to the conflict of interest is to not send these fees directly to the Judicial Expense Fund. Louisiana state law does not require the courts to be funded in this fashion. He concludes:

"[I]t may well turn out that the only way to eliminate the unconstitutional temptation is to sever the direct link between the money the criminal court generates and the Judicial Expense Fund that supports its operations."

Read yesterday's ruling here and last week's ruling here. Read more here about the financial struggles facing the New Orleans courts due to their dependence on fines and fees to pay for operations.