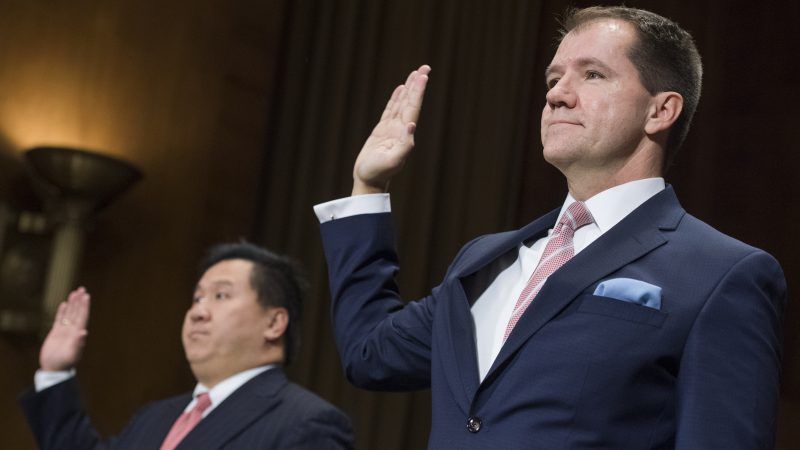 Since joining the U.S. Court of Appeals for the 5th Circuit in 2017, Judge Don Willett has emerged as a prominent critic of qualified immunity, a controversial legal doctrine that generally shields police officers and other government officials from being sued when they violate citizens' constitutional rights. "To some observers, qualified immunity smacks of unqualified impunity, letting public officials duck consequences for bad behavior," Willett observed in the 2018 case of Zadeh v. Robinson. "I add my voice to a growing, cross-ideological chorus of jurists and scholars urging recalibration of contemporary immunity jurisprudence."

Willett spoke out against qualified immunity once again earlier this week. Writing in dissent on Tuesday in Cole v. Hunter, he faulted the doctrine for formalizing "a rights-remedies gap through which untold constitutional violations slip unchecked." As Willett put it, "the real-world functioning of modern immunity practice—essentially 'heads government wins, tails plaintiffs lose'—leaves many victims violated but not vindicated." Willett made it clear that he thinks the Supreme Court should revisit the doctrine and set things straight.

Two of Willett's fellow 5th Circuit judges, James Ho and Andrew Oldham, did not like the sound of that. "Some have criticized the doctrine of qualified immunity as ahistorical and contrary to the Founders' Constitution," Ho and Oldham wrote in a joint dissent, citing Willett and other critics of the doctrine. "As originalists, we welcome the discussion," they continued. "But…a principled commitment to originalism provides no basis for subjecting these officers to trial."

In addition to serving together on the 5th Circuit, Willett, Ho, and Oldham share something else in common. All three judges were nominated and appointed to that court by President Donald Trump. When it comes to qualified immunity, however, Willett and his fellow Trump appointees stand miles apart.

According to Ho and Oldham, Willett's "one-sided approach" to the issue is far too hostile towards the cops. "Originalism for plaintiffs, but not for police officers," Ho and Oldham lectured Willett, "is not principled judging."

Willett replied in a footnote. "As for the sidelong critique of me in the dissenting opinion of Judges Ho and Oldham," he wrote, "it is, respectfully, a pyromaniac in a field of straw men." As Willett pointed out, to call for the Supreme Court to rethink this particular doctrine is hardly an anti-originalist heresy. "Justice Thomas—no 'halfway originalist'—has done the same," Willett retorted.

So the fight over qualified immunity is heating up significantly at the 5th Circuit. And that's just counting the Trump appointees.