The move would violate the First Amendment. 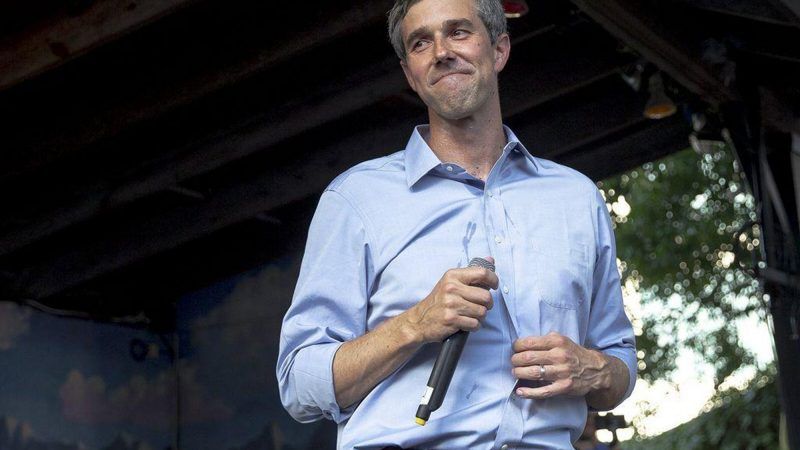 Democratic presidential hopeful and former congressman Beto O'Rourke announced on Friday that he would like to remove legal protections from tech companies if they fail to police hate speech online. As with previous attempts to interfere with internet speech, the move would be an assault on the First Amendment.

O'Rourke joins a growing chorus of lawmakers and political activists who would like to amend Section 230 of the Communications Decency Act, which protects Facebook, Twitter, and other social media platforms from facing lawsuits over potentially defamatory statements posted to those platforms by users.

The Texas Democrat sees such protection as untenable in the wake of recent mass shootings, such as this month's incident in El Paso, which the shooter carried out after posting an anti-immigrant diatribe online. "We must connect the dots between internet communities providing a platform for online radicalization and white supremacy, as propaganda outlets like Fox News fuel that fire, and the fact that hate crimes against Black and LGBTQ+ Americans are on the rise," the O'Rourke plan states.

As such, he would mandate that internet platforms "ban hateful activities, defined as those that incite or engage in violence, intimidation, harassment, threats, or defamation targeting an individual or group based on their actual or perceived race, color, religion, national origin, ethnicity, immigration status, gender, gender identity, sexual orientation or disability."

In essence, O'Rourke wants the government to suppress speech that he finds distasteful. But as the U.S. Supreme Court has repeatedly made clear, "hate speech" is protected by the First Amendment.

Most recently, the Court affirmed that principle in Matal v. Tam, which ruled 8-0 that the Asian-American band The Slants could trademark its name, even though some people found the name to be racially objectionable. In his opinion, Justice Samuel Alito acknowledged that "speech that demeans on the basis of race, ethnicity, gender, religion, age, disability, or any other similar ground is hateful." However, "the proudest boast of our free speech jurisprudence is that we protect the freedom to express 'the thought that we hate.'"

If O'Rourke's plan were to go into effect, tech companies would be forced to clamp down on seemingly hateful comments, should those companies want to keep their liability protections under Section 230. But as the case of The Slants illustrates, those boundaries are impossible to police. The federal government told the Supreme Court that the band's name was too offensive to be trademarked, while Simon Tam, the band's Asian-American founder, said just the opposite, arguing that he wanted to "take ownership" of Asian stereotypes. Who can say decisively what is too offensive for public consumption?

That debate continues to plague a myriad of political matters. Consider the rhetoric around abortion, for instance. After the 2015 shooting at a Colorado Planned Parenthood, politicians and activists placed some of the blame on pro-life protesters, accusing them of inciting violence with their words. Reproaction, a self-described "reproductive justice" group, still has an active petition demanding "an end to abortion terrorism and harassment, and the hate speech and lies fueling them."

As Justice Alito pointed out in Matal v. Tam, certain speech can certainly be unsavory, depending on the listener. That much is clear. But the First Amendment also makes clear that it is not the government's job to decide what is beyond the pale. Regrettably, Beto O'Rourke's plan would empower the government to do that very thing.