If You're Near the Scene of a Crime, Authorities Can Demand That Google Hand Over Your Data

Quiet fishing expeditions are being used to sort through potential suspects. 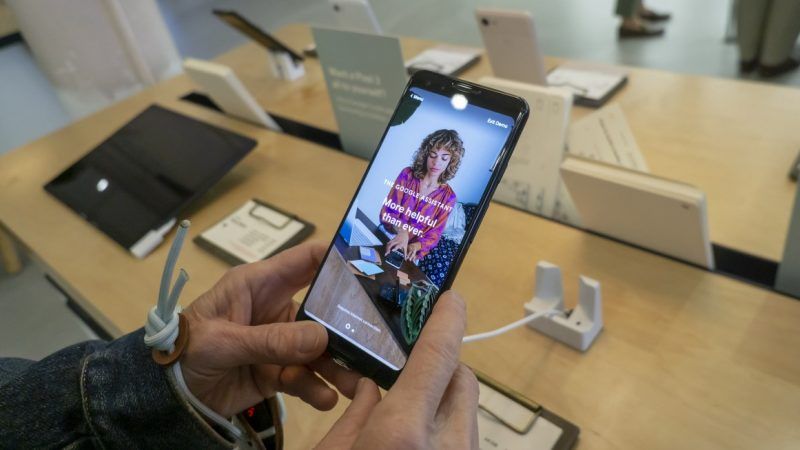 Last October, if you happened to be near the scene where some right-wing Proud Boys got into a fight with Antifa activists on New York City's Upper East Side, the Manhattan District Attorney's office may have collected your phone number and location at the time—without your knowledge.

Two members of the Proud Boys are on trial and several others have already pleaded guilty to rioting and disorderly conduct charges in connection with the fight. During the trial last week, an investigator with the DA's office testified that they had gotten what's called a "reverse location" search warrant demanding that Google cough up location information on people who had Android phones or used Google Maps near the scene. This warrant included many people who have no connection to the case—the technological equivalent of doing a house-to-house search for evidence connected to a crime in that neighborhood.

Gothamist reported that Google sent them an anonymized list of Google device identifications. Investigators cross-referenced location data and the IDs in order to narrow down those with multiple appearances in the area. They got the list to just two or three records that matched what they were looking for. On further investigation, though, they discovered that even those individuals were not connected to the case.

While this is the first time the public has been informed that these types of searches are happening in New York, the city didn't pioneer this technique. Aaron Mak over at Slate reported in February on the growing trend of police and prosecutors turning to Google with warrants in hand, demanding data. Authorities are collecting phone numbers and locations in large numbers, and then trying to narrow down the information to likely suspects.

Mak notes that these types of searches are more powerful and far-reaching than the StingRay devices police secretly use to trick phones into connecting to them rather than phone cell towers, allowing police to track location data. With these warrants, Mak explains,

They can retrieve much more reliable data from users of Android phones or certain Google apps. Google's location-tracking functions are often more precise than those of cell towers for tools like Maps and even Gmail. Plus, the company collects tracking data from phones that aren't connected to cell towers, such as those using GPS satellites or Wi-Fi. When police request location data from Google-connected devices, they've also been known to ask for more personal information, like browsing history and past purchases.

We do not have reliable numbers about how frequently this is happening. Mak notes police in Raleigh, North Carolina, state investigators in Orange County, California, and police across Minnesota use this technique.

Google has responded to Mak that they resist overly broad requests when possible and require warrants for their cooperation. And police defend their actions by noting that they're agreeing to the anonymized process until they narrow down to a couple of actual suspects.

Still, we should be concerned that police and prosecutors are quietly, secretly demanding phone data as a fishing expedition and that they're getting private information about thousands upon thousands of people who are not suspected of a crime. Gothamist and Slate both spoke with privacy advocates who have concerns. From Gothamist:

"When we sign up for Google, we shouldn't be signing away our core constitutional rights," he said. "When law enforcement uses these sort of digital dragnets they often will get it wrong, and innocent people will be swept up in the mix."

In a city as dense as New York, such digital sweeps could gather data on thousands of innocent cell phone users, noted Jerome Greco, a staff attorney in the Legal Aid Society's Digital Forensics Unit.

"That's like saying, we suspect that somebody hid a gun in an apartment in a building, so we're going to search everybody in the building, even though we know only one apartment actually has this," he said. He argued law enforcement warrants should be more focused.

Meanwhile, according to New York press reports, Apple doesn't track the location of their devices and therefore cannot provide this information to the police or prosecutors.