Both Democrats and Republicans are cheerleading for government action against Facebook, Google, Amazon, and the rest, but Americans should be skeptical. 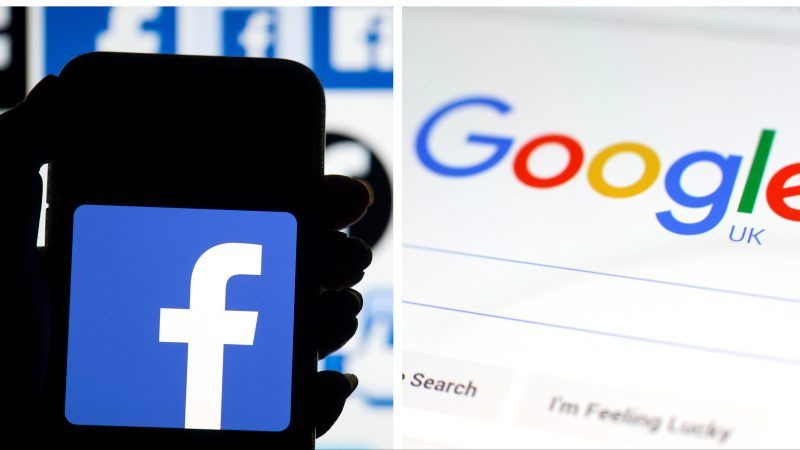 The conservative-led media backlash against Google, Facebook, and other big technology firms has crossed the threshold from punditry to actual government action.

The Justice Department announced on Monday evening announced that it has launched an anti-trust investigation into those companies and others. Officially, the department wants to determine "whether and how market-leading online platforms have achieved market power and are engaging in practices that have reduced competition, stifled innovation, or otherwise harmed consumers," the Justice Department said in a statement. The review will seek "to ensure Americans have access to free markets in which companies compete on the merits to provide services that users want."

That all sounds pretty reasonable, but it's probably right to view the Justice Department's action with skepticism—for several reasons.

First, because it's duplicative. The Federal Trade Commission, which shares antitrust enforcement authority with the Justice Department, has already launched a task force to investigate many of the same issues with America's largest tech platforms. In February, the FTC said the new task force would "closely examine technology markets to ensure consumers benefit from free and fair competition."

Tech firms are also under pressure from Congress, which has repeatedly hauled the CEOs of Facebook and other top tech firms into hearings to answer for their alleged role in helping Trump get elected or for supposedly stifling Trump supporters' online speech—depending on which day of the week it is. It's unclear what the Justice Department thinks it can add to the show.

Second, the lack of a clear rationale for the Justice Department's investigation makes this look like a politically motivated operation. Earlier this month, President Donald Trump hosted a so-called "social media summit" at the White House—and used the occasion chiefly to complain about not having enough Twitter followers. During a lengthy speech, Trump also promised to explore "all regulatory and legislative solutions to protect free speech" online, though he also indicated that his definition of "free speech" does not include speech he deems "bad" or "dangerous."

As Reason's Robby Soave wrote at the time, "it's true that objectively false and disparaging speech can in some cases be deemed libelous. But speech that merely strikes Trump as 'bad' does not lose its First Amendment protection."

The Justice Department is not clarifying whether its investigation will include platforms' policing of online speech, but the timing and the seemingly open-ended nature of the review create the opportunity for the Justice Department's antitrust enforcement powers to be used for obviously political purposes.

Finally, even if the investigation sticks to traditional anti-trust legal ground, there's little indication that government action is necessary to "break up" or regulate tech firms. But that hasn't stopped both Republicans and Democrats from cheerleading for the use of government force against Apple, Google, and Facebook.

"Antitrust enforcers must now be bold and fearless in stopping Big Tech's misuse of its monopolistic power," Sen. Richard Blumenthal (D–Conn.) said in a statement after the Justice Department's announcement on Monday.

But does Big Tech have "monopolistic power"? Not at all. Those big firms are in constant competition with one another and with smaller competitors. Critics of Facebook, for example, like to point out that 70 percent of Americans who say they use social media have a Facebook account. But that proves exactly the opposite point. Facebook isn't the only social media platform, just like Google isn't the only search engine, and Amazon isn't the only online marketplace. Merely being "big" is not enough to justify government action.

"The DOJ must resist the siren song of populism and only investigate actual evidence of consumer harm," says Carl Szabo, vice president and general counsel for NetChoice, a nonprofit that advocates for free markets online. "These businesses cannot be considered monopolies when they compete against one another. Competition in tech is fierce."

History bears that out. In 2007, there were fears that MySpace would never "lose its monopoly" over social media. In the late 90s and early 2000s, Yahoo! and GeoCities had a seemingly dominant grip on searching and web traffic. Remember Netscape? Gen Z readers may know a few of these companies by name, but no one under the age of 25 likely ever used the Netscape browser, built a GeoCities homepage, or friended Tom on Myspace. And that's the point.

Facebook would join that list tomorrow if all its users deleted their accounts. The fact that it endures is not proof that it holds monopolistic power over Americans' online activities, but—contra the Justice Department's announcement on Monday—it is evidence that users see something of value in having a Facebook account.

Part of the problem is that government antitrust actions often misunderstand the dynamics of tech markets. In March, when the specter of antitrust action was first raised by Congress, venture capitalist Benedict Evans wrote a useful Twitter thread outlining the difference between how tech firms compete for a new market and an established one. Even when there is a "winner," he noted, that outcome can be subject to change with new developments that make old technology irrelevant—think of how Apple's iPhone displaced the BlackBerry, or how Google overtook Microsoft (a one-time target of government action because it was supposedly a monopoly).

"Tech anti-trust too often wants to insert a competitor to the winning monopolist, when it's too late," Evans wrote. "Meanwhile, the monopolist is made irrelevant by something that that comes from totally outside the entire conversation and owes nothing to any anti-trust interventions."

It's not the Justice Department or the FTC that will take down Facebook or Google. It's something you haven't heard about yet.