State legislatures and Congress can (and probably should) take steps to limit partisan gerrymandering. This was never an issue for the courts to settle. 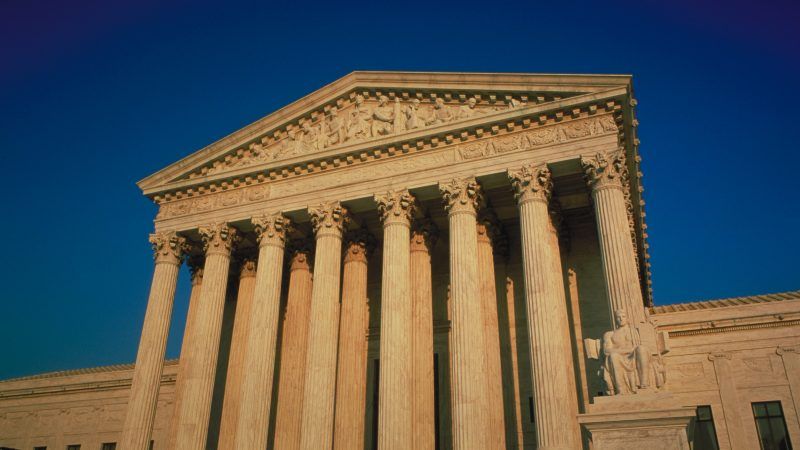 In a highly anticipated ruling issued Thursday, the U.S. Supreme Court said partisan gerrymandering is bad—and that the federal courts have no role to play in fixing it.

"Excessive partisanship in districting leads to results that reasonably seem unjust," wrote Chief Justice John Roberts in the majority opinion. But while it's clear that partisan gerrymanders—where one political party draws electoral districts to give its candidates an unfair advantage at the polls—are incompatible with democratic principles, Roberts wrote, that "does not mean that the solution lies with the federal judiciary."

The problem for the Supreme Court—which, this term, examined both a Democratic gerrymander in Maryland and a Republican gerrymander in North Carolina—is that there's never been a clear and concrete way to define what gerrymandering actually is. For more than a decade, the justices have been seeking a workable standard that takes a fundamentally political problem and translates it into something that could be adjudicated in a court of law. Like last year's case out of Wisconsin—in which the Supreme Court unanimously rejected a proposed mathematical formula for determining gerrymandering—this year's cases provided no such clarity.

"We conclude that partisan gerrymandering claims present political questions beyond the reach of the federal courts," Roberts concluded. "Federal judges have no license to reallocate political power between the two major political parties."

There is little doubt that North Carolina's congressional districts have been strongly tilted to favor Republicans for the past decade. Prior to a GOP-controlled redistricting process in 2011—GOP-controlled because state lawmakers handle congressional district-drawing and the GOP won a ton of state legislative seats in 2010—Democrats held eight of the state's 13 seats in Congress. By redrawing the map to pack high concentrations of Democratic voters into a few incredibly odd-shaped districts, Republican mapmakers gave their candidates an edge in other parts of the state. Republicans have won 9 or 10 of the state's 13 districts in every election since 2011, even though Democrats received more aggregate votes in some years. Such is the power of redistricting.

While Republican-drawn gerrymanders in North Carolina, Wisconsin, and Pennsylvania have received the most attention in the media and courts, Democrat-drawn maps made in 2011 were actually less compact on average, according to a statistical analysis of the compactness of congressional districts by the Philadelphia-based geospatial mapping firm Azavea.

Clearly, neither major party has the moral high ground here. That's why Roberts—and the Supreme Court in general dating back to 2004, when the court faced the first major case in the current run of redistricting decisions—has been wary of getting involved in what's fundamentally a political fight.

"This Court has not previously struck down a districting plan as an unconstitutional partisan gerrymander, and has struggled without success over the past several decades to discern judicially manageable standards for deciding such claims," Roberts noted in Thursday's ruling, adding that such "political questions…must find their resolution elsewhere."

Not every issue should be settled by the courts, though these days it seems like pretty much all of them are. Thursday's ruling clearly puts the focus back on the states and Congress, where these political questions really ought to be solved. Indeed, for all the attention that the gerrymandering cases have been getting at the Supreme Court, the real action has been taking place at the state level.

In last year's election, four states approved new commissions to redraw congressional district lines, starting after the next census. Though the specifics vary from state-to-state, those commissions generally include a mix of partisan and non-partisan members—an attempt to prevent one political party from completely controlling the process.

That idea—of balancing powers and letting ambition counteract ambition—is fundamental to the American political system. It's not perfect, as evidenced by the fact that some redistricting commissions have actually done a worse job of drawing competitive districts that the state legislatures they replaced. But it's often the best way to limit the worst impulses of self-interested politicians and political parties. More states should experiment with those ideas, rather than asking the Supreme Court to impose order from above.

Paul Smith, vice president at the Campaign Legal Center, the nonprofit behind the North Carolina challenge, called the ruling "a setback in the fight for fair maps around the country," but he also called for redistricting activists to continue pushing for state-level changes.

"The fight is far from over," Smith said. "We must redouble our efforts outside the courtroom to keep advancing efforts that put the voices of voters first."

Algorithms can be part of the solution, too. Statistical measurements of district compactness—like the Polsby-Popper scale, which compares the ratio of a district's area against a theoretical circle with the same circumference as the district's perimeter—can be used to erect barriers to extreme mapmaking. So can overlayed data about electoral outcomes—like the "Efficiency Gap" measure that was at the center of last year's Wisconsin redistricting case that reached the Supreme Court.

Each of those measurements has its limits, and any standards would be arbitrary by nature. Do you prohibit districts with a Polsby-Popper score of less than 20 or less than 15? Those are questions that state legislatures should settle, not courts; and the same standards don't have to apply everywhere.

It's certainly right to be skeptical that state lawmakers will act to limit their own power in political mapmaking—but both major parties should recognize that they could be victims of gerrymandering, and increased public awareness of the issue's importance will also help.

Now that the Supreme Court has said it won't set the rules for redistricting, state lawmakers should recognize that it's in the best interest of both parties to limit redistricting abuses. Without changes, partisan fights over redistricting will only get worse.