Are Google and YouTube Evil? No, But Don't Let That Get in the Way of Your Feelings.

Despite scant evidence, everyone wants to believe that social media has a unique ability to control our thoughts and actions. 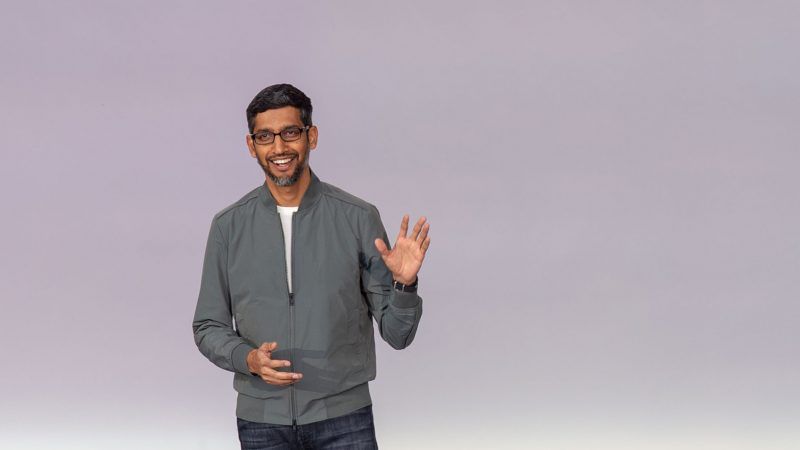 By now, you probably know that YouTube is pure evil. Or maybe just dumber than a box of rocks. Either way, get ready for major political and regulatory action against Google, which has owned the video platform since 2006, and is now the target of a Department of Justice antitrust investigation and a congressional investigation along the same lines. Earlier today in an interview with CNBC, President Donald Trump praised the more-than-$9-billion in fines levied against the internet giant by the European Union since 2017 and declared, "Obviously, there's something going on in terms of monopoly."

These days, whether you're a right-wing free-marketer or a left-wing democratic socialist, whether you're Tucker Carlson or Sen. Elizabeth Warren (D–Mass.), you probably worry more about Big Tech than Islamic terrorism and agree that all or most of the so-called FAANG companies (Facebook, Amazon, Apple, Netflix, and Google) need to be broken up, hemmed in, or regulated as public utilities. Hell, even the leaders of those companies are calling for regulation. A month ago, Google's CEO Sundar Pichai took to the op-ed pages of The New York Times to plead with Congress to pass "comprehensive privacy legislation" similar to the European Union's General Data Protection Regulation (GDPR) that would cover all online businesses. Ironically—or maybe strategically—Pichai didn't mention that a year after the GDPR's implementation, Google's marketshare had grown.

Last week, in a truly inspired set of self-owns, YouTube managed to piss off conservatives—by apparently demonetizing the videos of right-wing comedian Steven Crowder—and to enrage progressives by not actually banning him for jokes directed at a gay Vox reporter.

When YouTube's not using its supposedly all-powerful, super-spooky algorithm to recommend videos that will turn you into a pedophile or a marathon runner, it's turning decent, red-blooded, red-state American boys into alt-right monsters. The theory here is that, in a bid to extend the amount of time viewers stay on the site, YouTube keeps recommending slightly more extreme, provocative videos of the sort you just watched. You go from watching old Milton Friedman clips to Ben Shapiro disquisitions to Stefan Molyneux rants on "race realism" and, well, it was nice knowing you. It goes without saying that viewers are largely unable to exercise any meaningful volition when faced with such modern-day magic. Back in the 1990s, it was supposedly ultra-violent and hyper-sexual cable TV that was programming us into slobbering fools. Today, it's PewDiePie, Logan Paul, et al.

"Caleb Cain was a college dropout looking for direction. He turned to YouTube," reads the ominous subtitle to a widely read New York Times about a 26-year-old West Virginia resident who started watching a bunch of alt-right videos and came to identify with that movement of Trump-friendly, quasi-racists, traditionalists, and nativists. Until, that is, he watched yet more YouTube videos and changed his mind:

These videos were made by left-wing creators, but they mimicked the aesthetics of right-wing YouTube, down to the combative titles and the mocking use of words like "triggered" and "snowflake."…

When Mr. Cain first saw these videos, he dismissed them as left-wing propaganda. But he watched more, and he started to wonder if people like Ms. [Nathalie] Wynn had a point. Her videos persuasively used research and citations to rebut the right-wing talking points he had absorbed. "I just kept watching more and more of that content, sympathizing and empathizing with her and also seeing that, wow, she really knows what she's talking about," Mr. Cain said.

Cain is now a critic of the alt-right, but he presumably is still in thrall to YouTube because he "still watches dozens of YouTube videos every day and hangs on the words of his favorite creators. It is still difficult, at times, to tell where the YouTube algorithm stops and his personality begins."

This sort of narrative—in which social media is effectively turning its users into pliant, virtually addicted content consumers—is as ubiquitous as it is unconvincing. It follows the tried-and-true template of branding new forms of media (novels, film, radio, comic books, rock music, video games) as inherently toxic, uniquely irresistible and leading to social collapse. The World Health Organization (WHO) has already declared that "gaming disorder" is a type of "behavioral addiction" and it's only a matter of time before people discussing social media addiction in figurative terms produce laws based on a literal equivalence between opioids and Instagram.

In the immediate moment, though, Google and YouTube's time in the barrel will probably deal less with questions about social-media addiction and the mind-warping nature of super-secret search algorithms, and more with old-fashioned economic complaints from established interests that want Google to pay them a bigger cut of ad revenues. Tomorrow brings congressional hearings about The Journalism Competition and Preservation Act, a bill co-sponsored by Reps. David Cicilline (D–R.I.) and Doug Collins (R–Ga.) that would exempt newspapers from antitrust rules so they can collectively bargain with Google and Facebook, the two companies that dominate online advertising (Google accounts for about 37 percent of online ad revenue and Facebook for about 22 percent).

Legacy media companies are saying that there is no way to survive without relying on Google, which is ripping them off by including them in search results and pushing them to post versions of their stories on pages technically controlled by Google. A new study from the News Media Alliance, a nonprofit representing the interests of newspapers, claims that Google is making $4.7 billion a year from Google News, an ad-free aggregation site that displays snippets of articles and links to sites. "The findings clearly point to Google responding to an increase in consumers searching for news, creating and tailoring products that keep users within its ecosystem. This means more money goes back to Google and not the publishers producing the content," said David Chavern, the head of the News Media Alliance, in a press release that accompanies the study (download the full report here). Chavern will be among the people testifying tomorrow. He will be joined by a long list of people who say their specific businesses or industry sectors are being screwed by Google in all sorts of ways. The head of the review service Yelp!, for instance, claims that Google favors its own companies or services in search, even when competitors offer better products.

Where any of this ends is not at all clear, but given the sour mood toward tech companies, the bipartisanship brewing in Congress, and the wide array of other business interests arrayed against the FAANGs, a regulatory crackdown is almost inevitable. My prediction: If you think Google, YouTube, and the other big players are awful now, just wait until they get to navigate a regulatory system that they will get to help create.