Fentanyl Is Not a Nuke, and Drug Dealers Are Not Terrorists

Katherine Mangu-Ward | From the July 2019 issue 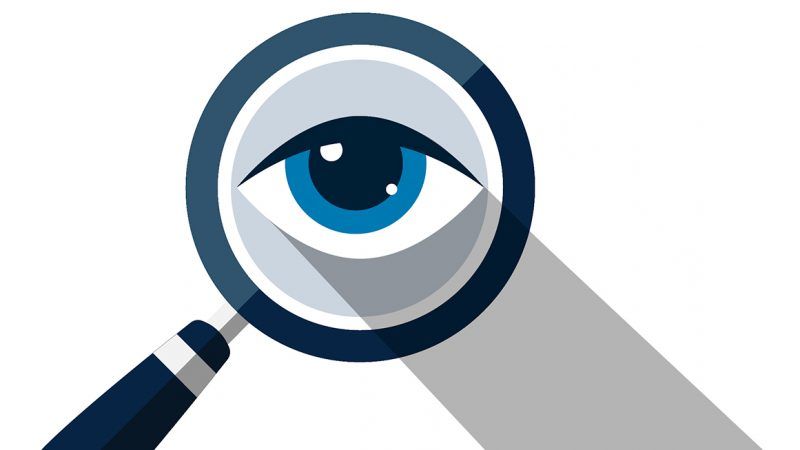 Could fentanyl be a weapon of mass destruction? That was the prompt for a Department of Homeland Security memo that became public in April, exploring the question of whether the prescription painkiller should be treated like the functional equivalent of a suitcase nuke "when certain criteria are met." What seems absurd—powerful black-market fentanyl has been blamed for a spike in overdose deaths, but it's not exactly sarin gas—actually hews to a perverse bureaucratic logic.

Government focus on weapons of mass destruction (WMDs) is down, while interest and resources for fighting fentanyl are up. Meanwhile, the powers granted to authorities for national security are expansive and numerous, and they enjoy special exceptions to protections involving due process, accountability, and transparency. Bundling the two is the administrative equivalent of an American heiress marrying an English lord with a crumbling manor house.

Or as WMD expert Dan Kaszeta told Task & Purpose, the publication that initially acquired the memo: "It's an interdepartmental play for money, that's all it is."

This is far from being an isolated incident. Indeed, it's a safe bet that any expansion of law enforcement powers authorized in the name of national security will soon be used in the war on drugs. We are on the verge of being overrun by vice cops in olive drab cosplay, and our lawmakers are accelerating the process under the guise of protecting Americans from war and terror.

The biggest proof point for that claim has been the evolution of the PATRIOT Act, passed during the panic immediately after the terror attacks of September 11.

As far back as the law's 2005 reauthorization, Sen. Russ Feingold (D–Wis.) raised this objection to so-called sneak and peek warrants under Section 213 of the law: "Don't be fooled for a minute into believing that this power is needed to investigate terrorism or espionage. It's not. Section 213 is a criminal provision that could apply in whatever kind of criminal investigation the government has undertaken. In fact, most sneak and peek warrants are issued for drug investigations."

He was right. Sneak and peek is exactly what it sounds like. It allows law enforcement to enter your property, search your belongings, and even take stuff—all without notifying you. The law does not require that police prove there is a national security interest; it can be used in any federal investigation, including those for misdemeanors. When it was initially debated, however briefly, the justification for such broad discretionary powers came down to "trust us." The notion was that such warrants would be issued only in rare ticking-time-bomb situations or other emergency scenarios where secrecy was needed to forestall great harm. In fact, such warrants are employed routinely in drug cases—thousands have been granted with minimal judicial oversight—and only rarely to pursue actual terrorists like those who executed the 9/11 attacks.

Flash forward to 2019, and sneak and peek is back in the news. The hidden cameras that were installed at the Orchid of Asia Day Spa in Jupiter, Florida—the ones that caught New England Patriots owner Robert Kraft receiving a massage and possibly other services—were placed there, without the knowledge of the spa owners or the people being filmed, under PATRIOT Act authority.

In the end, there were not even any sex trafficking charges filed in that case, much less any charges related to national security. Powers granted under the specter of a national existential threat are now used in the course of ordinary vice busts, targeted not at terrorist masterminds but at stoners and septuagenarian horndogs.

Or consider the Stingray, a device that lets authorities gather information about cellphone use without the user's permission or knowledge. The initial development and approval of the technology were entirely under the auspices of national security—those were the terms under which the Federal Communications Commission approved it. The suitcase-sized Stingray simulates a cell tower and makes authorities privy to phone calls and text messages. But the utterly unsurprising consequence of law enforcement officers having a powerful new tool to aid their terrorism investigations was that they used it to aid all sorts of investigations.

And—this is important—the courts didn't stop them. Judges rarely throw up roadblocks to this kind of abuse, which is unfortunate, because they are pretty much the last and only line of defense.

For the most part, law enforcement doesn't even need to bother to make the case that the drug trade is connected to actual national security. They simply take the powers granted to them for defense reasons and run with them.

But Donald Trump's administration has figured out an even faster method than gradually assimilating powers intended for terror investigations into the everyday police state: Rather than push the envelope of the existing law, just redefine the terms. Which brings us back to fentanyl as a WMD. If everything is a matter of national security, then every incursion of due process, civil liberties, and privacy is easily justified.

In March, Trump announced that his administration would consider designating Mexican drug cartels as terrorist organizations. The notion that the national security of a global superpower rests on the interdiction of marijuana, meth, and opioids would be laughable if it weren't taken so seriously by the powers that be in Washington. But many politicians have strong incentives to go along with the farce, because they want to be seen as either tough on terror, tough on crime, or friendly to the powerful law enforcement lobby.

The "president should simply declare the human trafficking cartels who are profiteering off the illegal immigration surge to be terrorist organizations and treated accordingly," said Rick Manning, president of Americans for Limited Government, in a statement about the "severe" conditions at the border. "It is now endangering our national security, and those in Mexico who are facilitating the trafficking need to be dealt with the full force of the law." This followed a previous statement in which Manning said "Congress has failed to adequately secure the border, leaving President Trump with little option but to use Congress' limited grant of authority to reprogram uncommitted military construction funds to build the wall and other fencing needed to keep drugs, gangs and human trafficking at bay."

Again, this is nothing new. In 2018, Drug Enforcement Administration Acting Administrator Uttam Dhillon called the drug trade a "significant threat" to national security. But from the very early days of the war on drugs, the rhetoric of national strength has been interwoven with justifications for incursions on liberty.

At the root of all of this is the idea, shared by many Americans, that if a problem is bad enough, the waiving of privacy protections and other constitutional safeguards is justified. It's the same sentiment that Trump and Barack Obama before him displayed when they chose to disregard congressional authority in their decision making about immigration and border control. It's the animating idea behind the Green New Deal and every call for widespread crackdowns on gun ownership after a shooting. It's also the justification for restrictions on trade, from steel to sugar, in the name of self-sufficiency and American autonomy.

To be clear: One can believe that drug interdiction is an important national priority (I don't) and that citizens should be willing to bear great costs to slow or stop the flow of narcotics into the country (I don't) without thinking that the special exceptions to civil liberties granted to go after terrorists in the wake of 9/11 should be applied to random Mexican drug dealers.

It is immodest to name a maxim after oneself. Ideally one's friends—or more likely one's enemies—should do it. But sometimes shorthand is useful, so I'd like to propose we call this Mangu-Ward's Law: Policies designed to stop terrorists usually end up being used to try to stop people from getting high or getting laid.