Jamelle Bouie's counterintuitive recommendation would effectively eliminate constitutional limits on elected officials, including Trump and every demagogue who follows him. 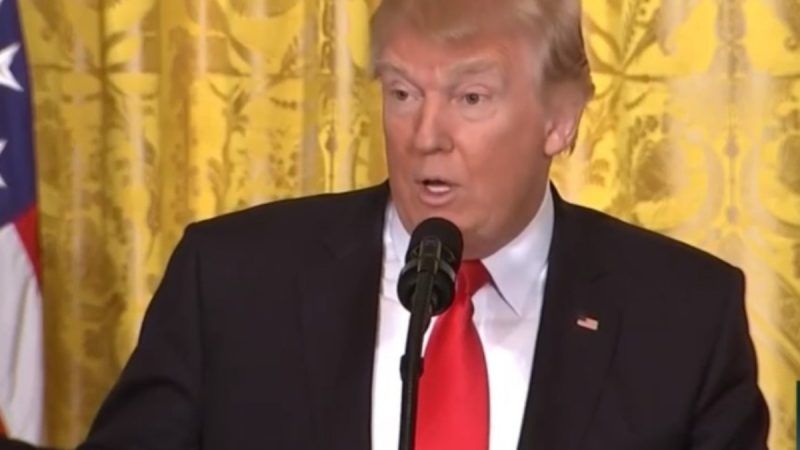 New York Times columnist Jamelle Bouie faults Democratic presidential contender Pete Buttigieg for his insufficiently ambitious plan to remake the U.S. Supreme Court, arguing that progressives need to challenge the idea that the Court has the final say on what the Constitution means. The problem, Bouie says, is not that the Court is too partisan or political but that it has the power to override the will of the people—or at least the will of politicians who claim to speak for them. Bouie thinks that ditching the principle of judicial review enunciated in Marbury v. Madison will help progressives pursue their policy agenda. He does not pause to consider that it might also have consequences he would not like.

"Progressives have a crucial task ahead of them—not merely to defeat Trump and Trumpism, but to reclaim the Constitution and advance a more expansive vision of democratic freedom, in which Americans have inalienable economic rights as well as inalienable political and civil ones," Bouie writes. "It's a problem of power, which means it's impossible to fight this conflict with Buttigieg-style technocratic reforms. Progressives must look, instead, to presidents and other leaders who resisted the Supreme Court's claim to ultimate interpretive authority."

Bouie is right that the central issue is "a problem of power." The Constitution addresses that problem by imposing limits on what politicians can do, even when backed by a majority of voters. If politicians themselves get to decide what the Constitution means, those limits, including the ones that Bouie thinks are important, mean nothing.

We need not engage in wild hypotheticals to imagine the downside of this approach. Our current president thinks that flag burners should be jailed or stripped of their citizenship; that TV stations should lose their broadcast licenses when they air content that offends him; that he has the authority to wage wars Congress never declared and spend money Congress has repeatedly refused to appropriate; that due process is something people should get only after they've been stripped of their constitutional rights; and that birthright citizenship, guaranteed by the 14th Amendment, can be abolished by an act of Congress. That's just for starters. In the name of "defeat[ing] Trump and Trumpism," Bouie is recommending a principle that would let Trump and every reckless demagogue who follows him do their worst.

"After decades of railing against 'activist judges,'" Bouie complains, "Republicans are poised to reverse the hard-won gains of activists and ordinary people through judicial fiat." He does not specify which "hard-won gains" he has in mind. But let's take Roe v. Wade as an example, since fears of its impending doom have been much in the news lately. It is possible to believe both that Roe was poorly reasoned and that women should be free to obtain abortions. In fact, that's the position staked out by pro-choice luminaries such as Justice Ruth Bader Ginsburg and Harvard law professor Laurence Tribe. But in Bouie's view, the result is all that matters; how you get there is so much legalistic mumbo-jumbo aimed at concealing a process that is inescapably political.

"There's no depoliticizing an institution that deals with political questions and operates in the context of political struggles and conflicts," Bouie writes. "The Supreme Court has always been political, and no reform short of ending the power of judicial review will disentangle it from ordinary, partisan politics."

Yet ending the power of judicial review would leave legislators free to do whatever they want, restrained only by their own consciences and their fear of political repercussions. Depending on who happens to be in power, legislators might enact Bouie's policy agenda, or they might endorse torture, approve warrantless searches, abolish the presumption of innocence, close down newspapers that criticize them, or exclude immigrants based on their race. They might even ban abortion.

The whole point of a constitution is to put some decisions outside the realm of politics. The course Bouie recommends would make literally everything subject to the whims of elected officials, including the current occupant of the White House.

The main benefit of the Trump administration, aside from its entertainment value and some surprisingly good judicial appointments, is that it encourages people who might otherwise be inclined to expand the power and scope of government to think seriously about what that means in practice. But some of those people are so focused on getting rid of Trump that they ignore the civics lesson he embodies.

[This post has been revised to correct the characterization of Ginsburg's position on Roe.]