'Fake News' Is a Really Dangerous Excuse for Censorship

The supposed plague of misleading and harmful information on the internet is nothing new, nor is governments' desire to muzzle anybody who says inconvenient things. 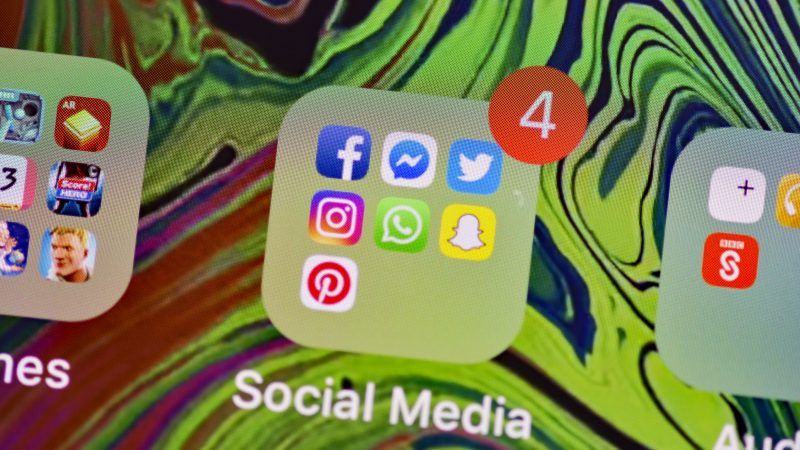 You know what's not fake news? It's that politicians scream about the alleged dangers of "fake news" to justify efforts to censor speech that rubs them the wrong way. As Singapore's rulers join a growing list of their peers in America and around the world promising to punish "false statements of fact," it's important to remember that the supposed plague of misleading and harmful information on the internet is nothing new, nor is governments' desire to muzzle anybody who says inconvenient things.

Without a doubt, there's bullshit on the Internet. Some of it results from sloppy fact-checking, and some is deliberate publication of untrue information and propaganda. But this isn't a peculiar quality of online publishing—it's an inevitable product of any publishing platform.

People want to reach the public with their messages, and they use the tools available to them.

Politicians like that power when it's targeted at their enemies, but they resent it when they're on the receiving end.

We've Been Here (Long) Before

"There has been more new error propagated by the press in the last ten years than in an hundred years before 1798," President John Adams complained of his treatment by opposition newspapers at a time when news—fake or real—was printed by hand.

Adams's Federalist allies in Congress responded to the president's concerns about fake news with legal restrictions on "any false, scandalous and malicious writing or writings against the government." Unsurprisingly, the first person charged under the law was an opposition lawmaker—Rep. Matthew Lyon of Vermont—who accused President Adams of "an unbounded thirst for ridiculous pomp."

Ironically, the then-president's own cousin, Samuel Adams, had been an especially effective propagandist and publisher of arguably misleading information in the years leading up to the American Revolution. But that was the sort of fake news to which John Adams had no objection.

Striking a note that John Adams and company would have recognized, Singaporean newspaper The Straits Times suggests that speech controls are necessary because "an erosion of trust in governments and institutions has threatened the very foundations of democracy worldwide" and the "spread of fake news on new media have deepened this crisis."

Presenting the Protection from Online Falsehoods and Manipulation Bill for debate, Singapore's Home Affairs and Law Minister K. Shanmugam said it was "an attempt to deal with one part of the problem. The serious problems arising from falsehoods spread through new media. And to try and help support the infrastructure of fact and promote honest speech in public discourse."

Shanmugam's party has held power continuously since 1959, largely by suing into bankruptcy any opposition figures who dare to utter speech critical of the regime.

His position is unlikely to become less secure now that government ministers have the unilateral power, "to prevent the communications of false statements of fact in Singapore" by requiring people to change or recant what they've published under threat of fines and imprisonment. The law—passed May 8—is intended to apply to information published not just inside the country but also elsewhere, a response to the government's frustration with the international reach of the Internet.

That Singapore follows in the wake of Malaysia, another managed sort-of-democracy, is no surprise. That country last year banned the publication of "news, information, data and reports which is or are wholly or partly false" in a move transparently aimed at the opposition.

Channeling his own internal John Adams, France's President Emmanuel Macron demanded government action against "propaganda articulated by thousands of social media accounts." He went on to sniff, "If we want to protect liberal democracies, we must be strong and have clear rules."

France's lawmakers obliged their president with a law allowing government officials to order the removal of online articles deemed to be false.

They then erupted in outrage when Twitter determined that the French government's own online efforts couldn't be brought into compliance with the law and so rejected a voter registration campaign.

Macron continues to pressure online platforms to eliminate information he doesn't like, meeting just days ago with Facebook's Mark Zuckerberg.

Britain's Prime Minister Theresa May also finds too much information published online to be inconvenient. She has accused Russia of "weaponizing information" and claims that Internet "companies have not done enough to protect users, especially children and young people, from harmful content."

"The era of self-regulation for online companies is over," Digital Secretary Jeremy Wright bluntly claims. "Voluntary actions from industry to tackle online harms have not been applied consistently or gone far enough."

Censors plan, yet again, to suppress speech through involuntary means when people won't muzzle themselves? What a shock.

Not that modern American politicians are immune to such temptations…

Luckily the First Amendment, for now, poses a barrier to Singapore/Malaysia/France/UK-style suppression of disapproved speech in the U.S. But modern American politicians are far from immune to such temptations.

President Donald Trump famously denounces every inconvenient news story and critical report as "fake news." His use of the term is so frequent that it was named word of the year for 2017 by the American Dialect Society.

Trump's Democratic opponents may not agree that Trump should occupy the White House, but they share his resentment that online speech is out of (their) control.

Last month, members of Congress from both parties alternately pushed extremism and political bias as reasons for government regulation of online speech.

Not that the rationale for regulating speech matters. The fakest news of all is the claim that politicians respect our liberty, including our free speech rights. Whatever excuse they raise, government officials will always find an excuse to try to suppress criticism and ideas they find uncomfortable. It's our right to speak out anyway.