Will Decriminalizing Psilocybin Hasten the End of the War on Drugs?

The case against prohibition cannot depend on persuading people that certain substances are benign and beneficial. 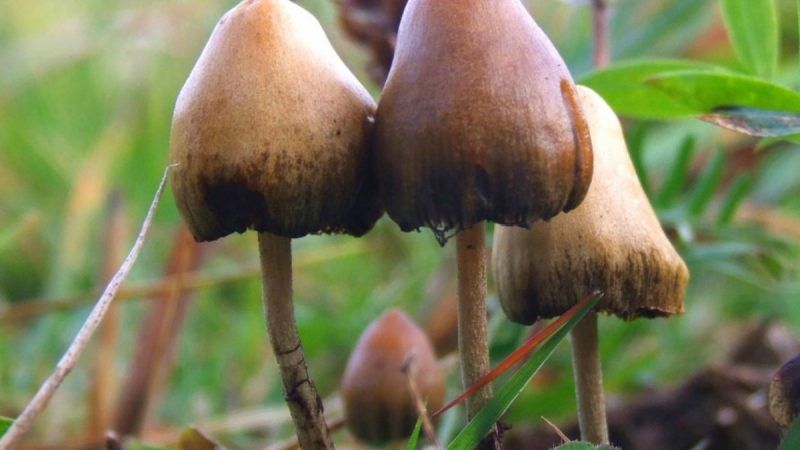 In 2007 Denver voters approved a ballot initiative that made arrests for marijuana possession the city's "lowest law enforcement priority." The margin of victory was 14 percentage points. On Tuesday, Denver voters approved a similar ballot initiative for psilocybin mushrooms. It won by a single percentage point, according to the "final unofficial results."

The direct practical consequences of that surprising outcome, which became clear yesterday evening after several news outlets (including Reason) erroneously reported that voters had rejected the measure, will be modest. But approval of the Denver Psilocybin Mushroom Decriminalization Initiative is symbolically and politically important, since this is the first time a U.S. jurisdiction has decided that psilocybin use should not be treated as a crime.

That development suggests marijuana legalization, which Colorado voters approved in 2012 and most Americans now support, was only the beginning of a movement that could gradually replace the war on drugs with a legal regime that is more peaceful, humane, and tolerant. At the same time, the contrast between the psilocybin initiative's razor-thin victory and the decisive 2007 vote telling Denver police to stop arresting cannabis consumers suggests that further progress will be neither easy nor straightforward.

Years before most Americans supported marijuana legalization (which first happened in 2013, according to Gallup), large majorities said people should not go to jail for using marijuana. In a 2002 CNN poll, for instance, 72 percent of respondents thought cannabis consumers should "just pay a fine." The 2007 Denver initiative making marijuana possession arrests the city's lowest law enforcement priority was supported by 57 percent of voters. That was seven years after Colorado voters approved medical marijuana and five years before they decided to make recreational use legal.

The shift away from marijuana prohibition really began in the 1970s, when 11 states decriminalized possession, a policy that was endorsed by the Nixon-appointed National Commission on Marihuana and Drug Abuse in 1972 and by President Jimmy Carter in 1977. Even states that did not go that far changed simple possession from a felony to a misdemeanor; Nevada became the last state to do so in 2001. Eventually half the states and the District of Columbia eliminated the threat of incarceration for possessing small amounts of marijuana. Beginning in 1996, 33 states and D.C. legalized medical use. Since 2012, 10 states and D.C. have legalized recreational use.

That was a long, hard road, but it began with the conviction that people should not go to jail for using marijuana. Eventually states began to answer the obvious question raised by that conclusion: If using marijuana should not be treated as a crime, why should helping people use marijuana be treated as a crime? You might think the lessons learned from that experience could be readily applied to other drugs, but that assumes people think logically and consistently about these issues.

The main factor propelling public support for decriminalization and legalization of marijuana was rising familiarity with the drug. According to the National Survey on Drug Use and Health, 45 percent of Americans 12 or older have tried marijuana. Allowing for underreporting, the true figure is probably more like 54 percent. Even Americans who have not tried marijuana probably know people who have. That kind of direct and indirect personal experience makes marijuana less exotic and therefore less scary. It also makes people more inclined to identify with marijuana users who get caught up in the legal system because the government does not approve of their recreational choices.

By comparison, NSDUH data indicate that 9 percent of Americans 12 and older have ever tried psilocybin, one-fifth the estimate for marijuana. The gap is even bigger when you look at use in the past year: 2 percent for "hallucinogens" (including LSD, MDMA, PCP, and a bunch of other psychedelics as well as psilocybin) vs. 15 percent for marijuana. Psychedelics are still relatively exotic and therefore scarier.

Because psychedelics are not nearly as popular as marijuana, their role in the criminal justice system is commensurately small. According to Denver District Attorney Beth McCann, who opposed the psilocybin initiative, Denver police made about 50 psilocybin arrests in the last three years. Eleven of those cases were referred to her office for possible prosecution during that period, and charges were filed in just three cases. All of those cases involved manufacture or distribution, which are not covered by the initiative. By comparison, Denver police arrested more than 2,000 people for simple marijuana possession in 2007, the year that voters approved the ballot initiative telling them to cut it out.

Mason Tvert, now vice president of communications at VS Strategies, spearheaded the campaign for the 2007 initiative. Although psilocybin arrests are relatively rare, he notes, state law authorizes "extremely harsh penalties" in such cases.

If allowing medical use of a drug is a prelude to broader toleration, as it proved to be with marijuana, the Food and Drug Administration's approval of psilocybin as a treatment for depression, which seems increasingly likely now that the agency has deemed it a "breakthrough therapy," may help shift public opinion. Advocates of decriminalizing psilocybin, which activists are pursuing in Oregon and California, highlight such benefits, while emphasizing that psilocybin does not pose a risk of addiction or fatal overdose. There is also the precedent of allowing religious use of psychedelics, which suggests the sky would not fall if broader "spiritual" use were allowed.

Tvert thinks the psilocybin initiative "inspired valuable public dialogue about psilocybin and other psychedelics, their therapeutic benefits, and how they are treated in our society." While the legal treatment of psychedelics "is occasionally injected into the mainstream when new and promising research emerges," he says, the Denver psilocybin campaign "forced a much broader and sustained conversation." He hopes "it forced a lot of people to learn and think about this issue, as a more enlightened populace is a critical first step to enlightened policies."

At this point, however, the general message from reformers is that psilocybin is a serious drug for serious purposes, meaning that using it just for fun remains suspect. Furthermore, efforts to change the legal treatment of psilocybin show that the case for letting adults decide what they put into their own bodies has to be relitigated for every substance. Americans are not close to accepting a general principle that the government has no business meddling in such decisions.

Art Way, the Colorado state director for the Drug Policy Alliance, warns that "separating some drugs as good and some as bad will only stand to perpetuate the drug war." Most Americans have decided that marijuana is not that big a deal, and one day they may take a similar view of psilocybin and perhaps other psychedelics. But where does they leave people who use drugs that are widely (and correctly) perceived as more dangerous?

The case for legalizing opioids, for instance, does not and cannot hinge on the claim that they do not pose serious risks. To the contrary, the dangers they pose make the case for legalization stronger, since prohibition greatly magnifies those dangers. If the argument against criminalizing drug use depends on persuading people that certain substances are benign and beneficial, the targets of the war on drugs may change, but the war will go on forever.