Subreddits on sexual themes will also be banned from running ads. 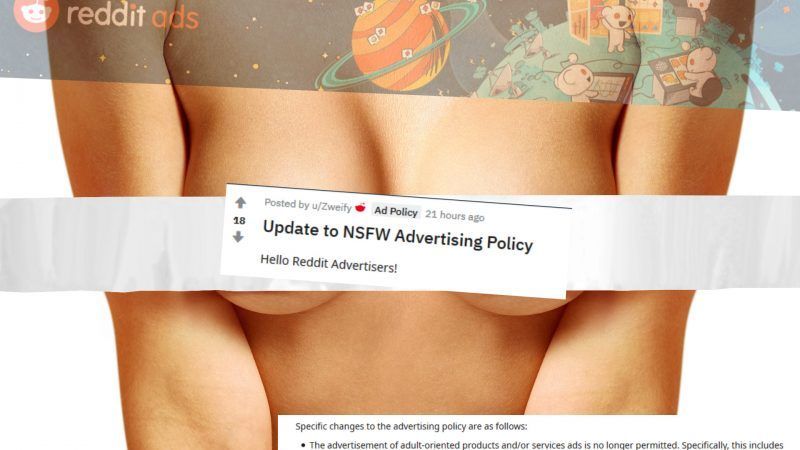 An update quietly posted to the Reddit ad forum yesterday details a huge shift in rules for those wishing to advertise on the site. As of this week, Reddit is no longer allowing "ads for adult-oriented products and services," nor will it allow any advertising to appear on subreddits that it deems "Not Safe for Work" (NSFW).

"Additionally, NSFW subreddits will be removed from any campaign that may have targeted them previously, and campaigns will no longer accrue clicks or impressions on those subreddits," the site says.

Reddit defines "adult-oriented products and services" as any "pornographic or sexually explicit content, as well as adult sexual recreational content, products, or services." This is not just about blocking really explicit images or possibly illegal conduct but everything related to sex and sexuality.

Ads for condoms and contraception should still be allowed, under an exception for "ads pertaining to products for the prevention of pregnancy and/or sexually transmitted infections."

Last week Instagram announced a crackdown on "inappropriate" content—things that fail to trigger a full ban under the app's community guidelines but that someone at Facebook (Instagram's parent company) feels uneasy about. "That means if a post is sexually suggestive, but doesn't depict a sex act or nudity, it could still get demoted," pointed out TechCrunch. "Similarly, if a meme doesn't constitute hate speech or harassment, but is considered in bad taste, lewd, violent or hurtful, it could get fewer views."

Last December, Tumblr announced a ban on all sexually explicit content. By February 2019, its traffic had plummeted by almost a third.