The Romance of Oppression

Rafia Zakaria | From the April 2019 issue 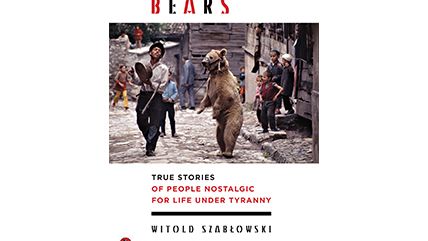 When I was a little girl, my country held its first democratic election after more than a decade of military rule. The bald, mustachioed general who had led Pakistan for my entire life had died in a plane crash a few months earlier. A woman, the daughter of a previously slain prime minister, led her party to an electoral majority, and on a pleasant December morning we watched her sworn into office. This, we were told, was history. This was democracy. This was the beginning of freedom.

The people of my city, Karachi—particularly those who had voted for the new prime minister—decided to use their freedom right away. Large groups of them climbed onto motorbikes and into the backs of pickup trucks; they took over the city streets, waving flags and shooting firearms in the air. Everyone else, including my family, sat inside their houses, afraid. Within a few hours of the arrival of "freedom," my father and grandfather and mother were nostalgic for the days of tyranny. Dictatorship, they decided, was safer and more orderly than the chaos of democracy.

That sort of nostalgia is the subject of Dancing Bears, a new book by the Polish journalist Witold Szablowski. Refreshingly, the dancing bears promised in the title are not coy clickbait or mere metaphor but actual bears. In the style of the great Polish journalist Ryszard Kapucinski, Szablowski offers a roving, acutely observed narrative on the truths, lies, and absurdities that accompany political transitions, especially the one from communism to democracy.

A dancing bear is not merely held captive. It has an iron ring painfully inserted into its nose, which the bear master uses to lead the animal around. This provides a persistent (and, in the trainer's view, crucial) reminder of who is boss. We learn this from Gyorgy Marinov, a trainer who in the first few pages of the book swears that he loved his bear, Vela, "like she was human" and that he made sure she never wanted for bread or chocolates or strawberries.

In 2007, as a condition of joining the European Union, Bulgaria's bears had to be freed. The process of liberating the animals, in which the poor gypsies who own them are made to give them to a nongovernmental organization called Four Paws, makes for the same sort of spectacle as do transitions to democracy in previously unfree places. In one story involving the Stanevs, a leading family in the bear-dancing profession, an animal named Misho refuses to get in the cage that is to transport him to freedom. The gathered photographers start getting edgy, and so do the gathered representatives from Four Paws. The family appears terrified. Finally, the youngest Stanev, a boy of 4, says something in Misho's ear, and the bear follows him into the waiting cage, as if hypnotized.

The scene is, of course, the opposite of what the onlookers expected. In the rhetoric of newly realized democratic freedom, the bears symbolize everything that was wrong with the old system: cruelly captured; treated poorly; the rings in their noses as painful, one Bulgarian journalist tells Szablowski, as "a rusty nail through a man's penis."

A facility in Belitsa is the setting for a rehabilitative effort, where the bears are introduced to freedom in "gradual stages," going from cave to fenced enclosure where they can smell but not touch other bears. They are taught to hibernate, their health is monitored, and a dentist is brought from Germany to examine and care for their gums.

The bear experiment is a total failure. Even after years at Belitsa, few of the bears develop the instincts that would permit them to survive in the wild. A worker tasked with sterilizing the animals sums it up: "Unfortunately, our bears not only have the smell but also the mentality of captives. For twenty or thirty years they were used to having somebody do the thinking for them, providing them with an occupation, telling them what they had to do."

The story of the dancing bears works well as an allegory for democratic transition. Its contours may be inexact—the Czech Republic, for instance, has transitioned out of Stalinism with much more ease than, say, Belarus—but that is forgivable given its pliability in revealing just how complex a society's interface with freedom really is. The familiarity of past constraints, even deeply oppressive ones, can tempt many people away from the risks inherent in political choices. And it is not just the Polish and the Pakistani who have suffered from smashed expectations when freedom proves more arduous and unwieldy in reality than it seemed when it was abstract and coveted.

In the Trump moment, doused as it is in fears of democratic fragility, Szablowski's wry amusement at the bears, their owners, and the charade of teaching them freedom becomes imbued with a macabre sense of doom. In ensuing chapters, he explores Cuba, Ukraine, even London. Each time, he encounters similar "discrepancies" that call into question the dominant narratives of the success of one or another political system.

Ana, a Cuban dance teacher whose entire family (and dance studio) occupy a few hundred square feet, insists that she was so troubled by pre-Communist inequality levels that, even when Fidel was taking away everything her family owned, she felt "he was doing the right thing." But in the end, it's not her words but those of a German black marketer that stick: "If Cuba opens up to the world, you'll be able to sell them anything." The dance teacher and others Szablowski encounters on the island challenge the bear metaphor: Here are people still living under Communism who are engaged in secret side enterprises even as they insist on the glory of their leaders.

No promise of sudden liberation, delivered at the hands of either democracy or revolutionary communism, delivers up freedom or equality in the neat packages that everyone expects. Szablowski peels off the rhetoric to reveal the scummy realities beneath. The moments of reckoning, when reality is finally confronted, do not spare even those who have taken their good fortunes for granted. The United States has already begun weighing the value of freedom against the seeming security of social guarantees. In Europe, the dwindling of welfare benefits following the dwindling of postwar reserves has brought on similar seductions by would-be tyrants or their approximations.

It is not, then, simply those raised in subjugation and newly freed, bumbling away at democracy in Pakistan or Poland, who are vulnerable to the temptation to exchange liberty for the easy relief of having someone else make the decisions. Trading away their freedoms in order to get walls and fences to protect them from the other bears (er, people), Americans and Europeans have also become adept at justifying their own oppressions, the nose rings they wear. We may not be free, they say, but look at our chocolates and strawberries.

Rafia Zakaria is a columnist for Dawn and The Baffler and a contributing writer for CNN Opinion. She is the author of The Upstairs Wife: An Intimate History of Pakistan (Beacon Press) and Veil (Bloomsbury).