The 5 Worst Supreme Court Rulings of the Past 50 Years

Cases in which a majority of the Court fell down on the job.

Damon Root | From the December 2018 issue 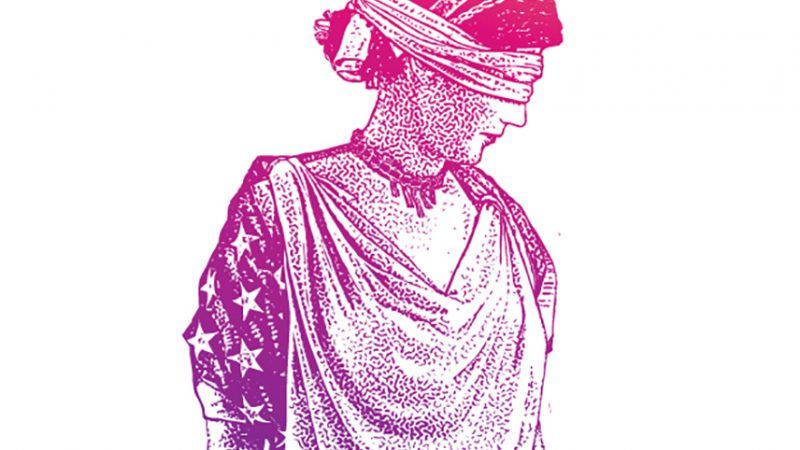 James Madison once said that the job of the U.S. Supreme Court was to act as "an impenetrable bulwark against every assumption of power in the legislative or executive." Unfortunately, the justices have not always seen their role in the same light. Here are five cases from the past five decades in which a majority of the Court fell down on the job.

The Fourth Amendment guarantees "the right of the people to be secure in their persons, houses, papers, and effects, against unreasonable searches and seizures." But according to the Supreme Court's 1979 decision in Smith v. Maryland, "a person has no legitimate expectation of privacy in information he voluntarily turns over to third parties."

Lawyers call this the third-party doctrine. Prosecutors and police call it the gift that keeps on giving. Let's say the cops want to know what websites you've been reading. The third party doctrine lets them get that information from your internet service provider without obtaining a search warrant first. So much for that pesky Fourth Amendment and the privacy rights it was designed to protect.

What do libertarian-leaning federal Judge Don Willett and liberal U.S. Supreme Court Justice Sonia Sotomayor have in common? They both despise the modern doctrine of qualified immunity.

In Harlow v. Fitzgerald (1982), the Supreme Court held that government officials are entitled to immunity from civil suits so long as the specific conduct they're being sued over "does not violate clearly established statutory or constitutional rights."

What that means in practice, Willett observed in a 2018 opinion, is that "public officials [can] duck consequences for bad behavior—no matter how palpably unreasonable—as long as they were the first to behave badly."

Sotomayor concurs. The Court's "one-sided approach to qualified immunity," she wrote in a 2018 case, "transforms the doctrine into an absolute shield for law enforcement, gutting the deterrent effect of the Fourth Amendment."

Case in point: In 2017, the U.S. Court of Appeals for the 6th Circuit concluded that a Michigan police officer violated the Fourth Amendment when he shot and killed a fleeing suspect. But the court gave the officer qualified immunity anyway, because the situation did not perfectly match anything found in prior case law and therefore "controlling authority at the time of the events had not clearly established the rights we identify today."

According to the Fifth Amendment, the government may not deprive any person of life, liberty, or property without due process of law. Yet thanks to the widespread practice known as civil asset forfeiture, law enforcement agencies get to seize cash, cars, houses, boats, and other property from people who have been neither charged nor convicted of any underlying crime, if they merely say they suspect the property was connected to a crime. To make matters worse, the Supreme Court has given a rubber stamp of approval to this unconstitutional state of affairs. According to Bennis v. Michigan (1996), "the innocent owner defense" is no shield against a state's civil asset forfeiture regime. Where's the due process in that?

Speaking of the Fifth Amendment, it also forbids the government from wielding its powers to seize property through eminent domain for anything less than a "public use." Yet in Kelo v. City of New London (2005), the Supreme Court allowed a Connecticut municipality to bulldoze a working-class neighborhood so that private developers would have a blank slate on which to build a luxury hotel, a conference center, and various other upscale amenities. Public use? More like public power unleashed on behalf of private gain.

The Court upheld the land grab on the grounds that government officials are entitled to "broad latitude in determining what public needs justify the use of the takings power." In other words, the city of New London was permitted to define—and to enlarge—the scope of its own eminent domain authority, unencumbered by any constitutional limitations.

Article 1, Section 8 of the U.S. Constitution recognizes the congressional authority "to regulate commerce…among the several states." In Wickard v. Filburn (1942), the Supreme Court gave federal lawmakers a massive shot of steroids, enlarging their power in this area to include the regulation of wholly local activity if it has a "substantial economic effect" on the national market.

Six decades later, in Gonzales v. Raich (2005), the Court handed Congress even more power, upholding a federal ban on marijuana, even as applied to plants that were cultivated and consumed by patients for their own doctor-prescribed use in states where medical cannabis was perfectly legal. As Justice Clarence Thomas observed in dissent, "by holding that Congress may regulate activity that is neither interstate nor commerce under the Interstate Commerce Clause, the Court abandons any attempt to enforce the Constitution's limits on federal power."