5 Things Canada Got Right When It Legalized Pot

Our northern neighbors are handling the transition from prohibition to regulation better than the U.S. in several ways. 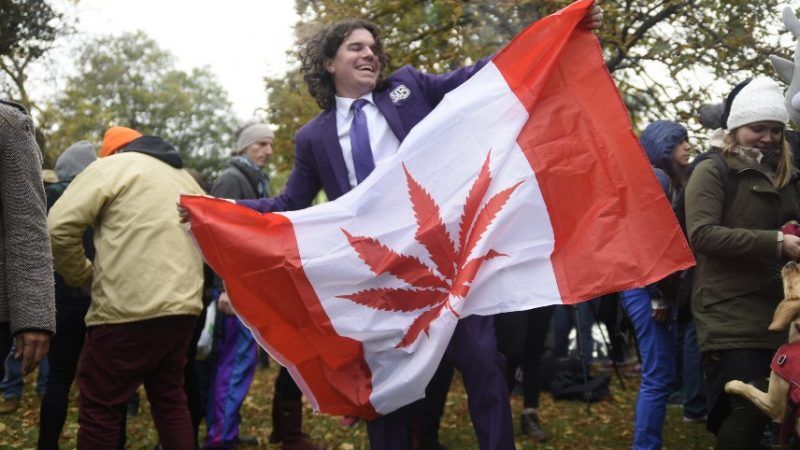 It turns out that when you legalize marijuana, a lot of people show up to buy it. That development seemed to surprise cannabis controllers in Canada, where shortages were reported almost immediately after legal recreational sales began last week.

In several other respects, however, Canada is handling the transition from prohibition to regulation better than the United States. Canadians seem to have learned a few things from American mistakes, and we in turn can learn from their successes.

The most significant difference between the approaches taken by the two countries is that Canada has legalized marijuana at the national level. It is only the second country in the world (after Uruguay) to do so.

In the United States, by contrast, marijuana is still prohibited by federal law. As a result, marijuana merchants in the eight states that license them operate under a legal cloud, committing federal felonies every day. Aside from exposing cannabusinesses to the risk of prosecution and forfeiture, the federal ban complicates financing, leasing, contracting, insurance, banking, and income taxes.

There is an easy fix for this problem: Congress can show its respect for the 10th Amendment by repealing the federal ban as it pertains to conduct that is permitted under state law. Even former New Jersey Gov. Chris Christie, who promised to crack down on state-legal marijuana when he ran for the 2016 Republican presidential nomination, recently conceded that "states have the right to do what they want" with cannabis.

Another important advantage of the Canadian approach is modest marijuana taxes, which help displace the black market. The national government is imposing an excise tax of 10 percent or one dollar per gram, whichever is greater, and giving the provinces 75 percent of the revenue.

That's in addition to standard sales taxes, which range from 5 percent to 15 percent. Still, the effective tax rates are substantially lower than in jurisdictions such as California and Washington, where steep taxes have made it hard for licensed merchants to compete with illegal dealers. An industry analyst recently told The New York Times that heavy taxes and burdensome regulation in California make legal marijuana something like 77 percent more expensive than marijuana sold by unlicensed dealers.

High purchase ages, like high taxes, help sustain the black market. In the U.S., all nine states that have legalized recreational use have set the minimum age for purchase or possession at 21, corresponding to the drinking age. The upshot is that most college-age adults, two-fifths of whom use marijuana, cannot do so legally.

Canada also used the rule for alcohol as a benchmark, but it has a lower drinking age. The national minimum for both alcohol and marijuana is 18, and most provinces have added a year to that cutoff.

In both Canada and the United States, local governments generally have the authority to ban marijuana businesses within their borders. But Canada gives consumers a reliable and discreet way around local bans by letting them buy marijuana online and have it delivered by mail throughout the country. In the U.S., most states with legal pot do not allow direct deliveries to consumers, and the continuing federal ban makes sending marijuana by mail, UPS, or FedEx a risky proposition.

The Canadian government not only has decided to stop treating cannabis consumers as criminals. It also plans to help cannabis consumers who continue to suffer from that label by eliminating fees and waiting periods for sealing conviction records related to possession of 30 grams or less of marijuana, which is now legal.

The plan is far from perfect, but it goes further than the policies of most U.S. states with legal pot, and it invites a serious discussion of a key moral issue raised by the repeal of marijuana prohibition: When a government decides to stop punishing people for peaceful activities that violate no one's rights, what does it owe to the victims of that oppressive policy?