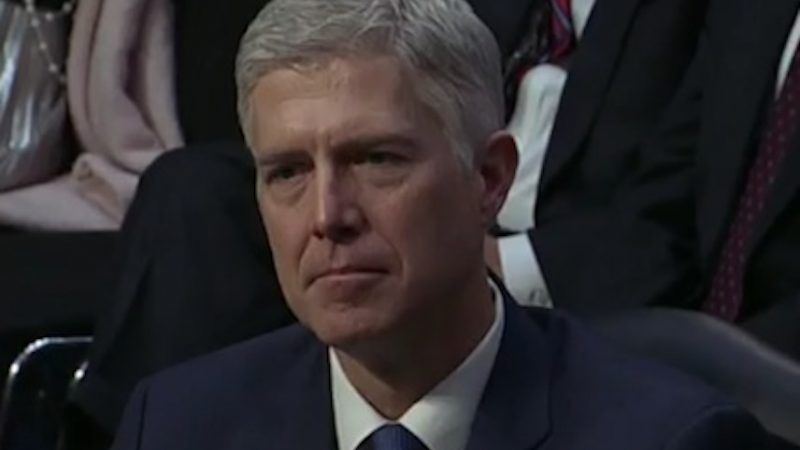 Article I, Section 1 of the Constitution vests "all legislative powers" in the hands of Congress. Last week, the U.S. Supreme Court heard oral arguments in an important case that asks whether Congress violated this fundamental rule by unconstitutionally delegating its lawmaking authority to the executive branch.

The case is Gundy v. United States. At issue is the Sex Offender Registration and Notification Act of 2006 (SORNA), which, among other things, requires convicted sex offenders to register, check in periodically in-person, and share various personal information with the authorities. SORNA imposes various sanctions on those who fail to comply with its terms.

The law also contains this provision: "The Attorney General shall have the authority to specify the applicability of the requirements of this subchapter to sex offenders convicted before the enactment of this chapter…and to prescribe rules for the registration of any such sex offenders." In other words, Congress left it up to the attorney general to determine how to proceed with respect to the estimated 500,000 individuals whose sex crime convictions pre-date SORNA's 2006 passage. Gundy v. U.S. centers on whether that delegation of power is constitutional.

"SORNA's delegation provision grants unguided power to the nation's top prosecutor to expand the scope of criminal laws and to impose burdensome, sometimes lifetime registration requirements on hundreds of thousands of individuals," attorney Sarah Baumgartel told the Supreme Court last week. Her client, a convicted sex offender named Herman Avery Gundy, is one such individual. SORNA's delegation of power to the attorney general, Baumgartel maintained, "combines criminal law-making and executive power in precisely the way that the Constitution was designed to prohibit."

Judging by the oral arguments, at least one member of the Supreme Court seemed quite ready to rule in favor of Baumgartel's position.

"The specific statutory section dealing with pre-enactment offenders says unambiguously that the Attorney General decides whether, how, when, and who, even who. So you don't even know if you're going to be subject to this law," observed Justice Neil Gorsuch. "We say that vague criminal laws must be stricken," Gorsuch continued. "What's vaguer than a blank check to the Attorney General of the United States to determine who he's going to prosecute?"

Gorsuch made a related point several minutes later while questioning Principal Deputy Solicitor General Jeffrey Wall, who was then at the lectern defending SORNA's constitutionality. "Is there something unusual," Gorsuch asked Wall, "about the Attorney General's presence in this case as the chief prosecutor and kind of a conflict of interest?" Put differently, doesn't SORNA violate the separation of powers because it lets a prosecutor act as a lawmaker?

A few minutes after that, Justice Sonia Sotomayor stepped in to support Gorsuch's line of questioning. "I think a fundamental issue that Justice Gorsuch has been aiming at is—especially in criminal law—is it just to delegate to the Attorney General a fundamental question about who gets covered or doesn't get covered by a statute? That," she told the principal deputy solicitor general, "seems like at the core of what a law is."

It remains to be seen whether or not a majority of the Supreme Court will see this case in the same light as Gorsuch and Sotomayor seem to see it. If the Court does, it will be a significant win both for criminal justice reformers and for critics of executive overreach.