Tenants are challenging a HUD rule that requires local public housing authorities across the country to prohibit people from smoking in their homes. 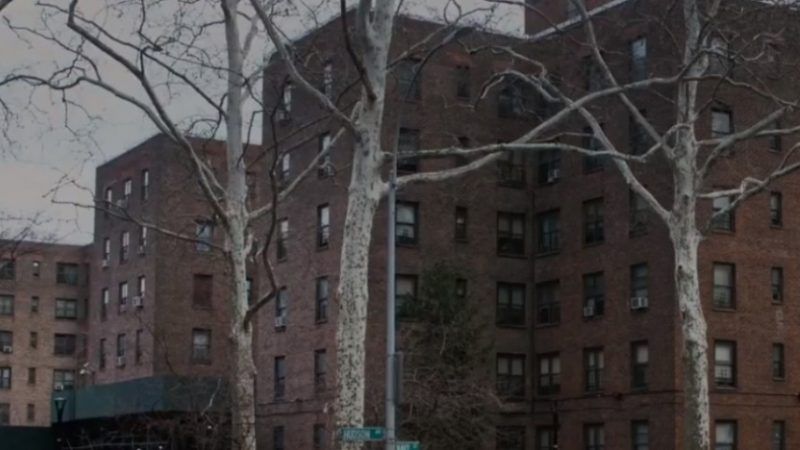 A policy that is scheduled to take effect next Monday prohibits smoking in and near public housing throughout the country, affecting 1.2 million households in units managed by about 3,300 local agencies. According to a 2016 Observer editorial, "it may be the most far-reaching, intrusive and over-reaching executive order of the entire Obama administration." In a lawsuit filed today, six smokers who live in public housing argue that the ban violates their rights, exceeds the Department of Housing and Urban Development's statutory authority, cannot be justified as a regulation of interstate commerce, and unconstitutionally commandeers state and local officials by ordering them to carry out federal policy.

The smoking ban, which covers low-income housing that is federally subsidized but owned and operated by local public housing authorities (PHAs), applies to living units as well as common areas and extends to a zone 25 feet around each building. The policy is the result of a 2015 HUD rule that aimed to "improve indoor air quality in the housing, benefit the health of public housing tenants and PHA staff, reduce the risk of catastrophic fires, and lower overall maintenance costs." The lawsuit, which was organized by New York City Citizens Lobbying Against Smoker Harassment (NYC CLASH) and filed in the U.S. District Court for the District of Columbia, argues that HUD has no business regulating indoor air quality or trying to dictate what people do in the privacy of their homes.

"Anti-smokers claim that HUD's smoking ban is a valid exercise of government power because there is no general 'right to smoke,'" CLASH founder Audrey Silk says in a press release, "but that claim is intentionally misleading because the government doesn't have the right to reach into our homes and dictate our personal behaviors and habits. This lawsuit is about defending the right to be left alone to engage in a legal activity in the privacy of one's own home."

The lawsuit notes that the Fourth Amendment applies to public housing and argues that enforcing the smoking ban will require warrantless, nonconsensual searches to detect violations. Furthermore, it says, the policy violates "the fundamental right to engage in a legal activity in a private home," an aspect of liberty protected by the Fifth and 14th amendments as well as the Fourth. The complaint says requiring people to give up that right if they want to continue living in public housing violates the "unconstitutional conditions doctrine," which says government benefits cannot be contingent on the recipients' willingness to waive their constitutional rights.

The HUD rule also runs afoul of the 10th Amendment, CLASH says, because it demands that the state and local officials who run public housing authorities impose a policy conceived by bureaucrats in Washington, D.C. "This is the exact type of explicit, naked 'commandeering' of state and local authorities that the anticommandeering rule was developed to prevent," the complaint says. "The Smoking Ban is a federal regulatory program, or federal policy, and HUD has issued a direct command to the PHAs to implement and enforce this regulatory program or policy."

Although HUD assumes that a tenant's smoking within his own house, apartment, or mobile home endangers people in other units, it presents no evidence of such a risk. In any case, CLASH notes, regulation of smoking is part of the general police power exercised by the states (which notably have refrained from trying to ban smoking inside people's homes), not the federal government. Whether someone smokes in the privacy of his home does not seem to implicate interstate commerce in a way that would justify federal action. Even if Congress had authorized HUD to ban smoking in public housing, CLASH says, "Congress may not regulate intrastate activities which do not have a 'substantial effect' on interstate commerce or are 'completely internal.'"

Many landlords, of course, include rules against smoking in their leases. But the HUD rule is different from a private landlord's lease condition in several significant ways. First, HUD is compelling the actual landlords, the PHAs, to comply with its plan, which raises the 10th Amendment issues outlined in the lawsuit. Second, the landlords are government agencies, so enforcing the smoking ban raises Fourth Amendment issues. Third, the new rule is being imposed on smokers who already live in public housing, forcing them outside in the cold, rain, or heat, frequently in dangerous, high-crime neighborhoods, to indulge in a legal habit they have heretofore been permitted to enjoy inside their homes.

Silk says "public health zealots" are "frustrated by the holdouts who've refused to submit to their current coercive measures and quit smoking," so they are "partnering with HUD to begin the despotic breaking down of front doors to reach them." She warns that "it won't end at public housing if they're not stopped here."