Fear of a Free, Prosperous Internet

Big tech businesses serve America. Should we be alarmed?

Brian Doherty | From the April 2018 issue 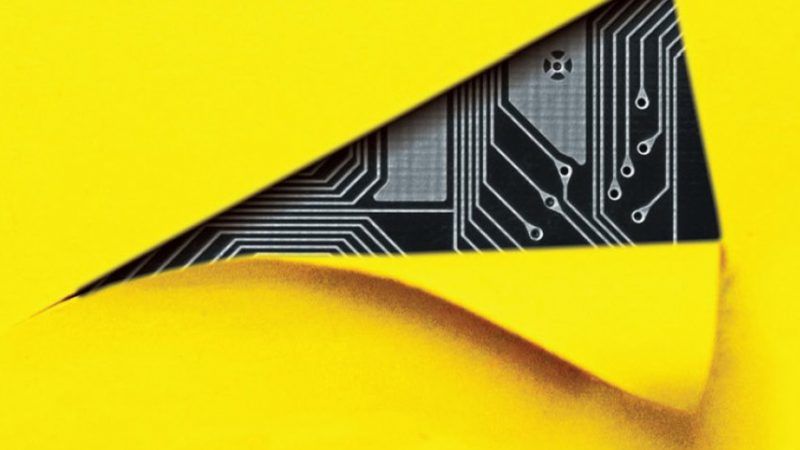 The Know-It-Alls: The Rise of Silicon Valley as a Political Powerhouse and Social Wrecking Ball, by Noam Cohen, The New Press, 256 pages, $25.95

Say you've sprained your ankle. You consult Google, where you find copious information about using compression bandages to stabilize your sprain. But you'd like some back and forth with someone who has experience. You post about your injury on Facebook, triggering a real-time conversation with volunteer first responders offering pro tips.

You then pop over to Amazon, because the nearest drug store is more than 16 miles away and you don't want to drive with a sprained right ankle. You've got too much debt riding on your credit card to add to it blithely, but no problem—you use PayPal to get a bandage delivered to you that same day. And if your sprain leads to hard-to-handle bills, you can put out a call for help using GoFundMe.

A totally banal incident, and unimaginable at every step just two decades ago. Our abilities to learn, discuss, buy, receive, and give have changed magnificently for the better because of the behemoth internet companies on which every step of that dull anecdote hinges.

Noam Cohen, author of The Know-It-Alls: The Rise of Silicon Valley as a Political Powerhouse and Social Wrecking Ball, spent years covering the tech industry for The New York Times. His book is, in large part, a compact history of such companies, their founders, and the ideas that animated them. Mark Zuckerberg of Facebook, Larry Page and Sergey Brin of Google, Jeff Bezos of Amazon, and Peter Thiel of PayPal all get their own chapters.

The analogy Cohen thinks best explains those companies—the analogy that starts his book and shapes his perspective—is the hoary old Damon Knight short story "To Serve Man," as adapted on The Twilight Zone. You know, the one where technologically superior aliens fool us into thinking they're helping us when they actually intend to eat us. ("It's a cookbook!")

Cohen is a deft storyteller, and The Know-It-Alls reveals a lot of fascinating information about the business and technological contingencies that led his characters to their prominence. But as the book's title implies, Cohen thinks Silicon Valley visionaries have a hubristic sense that they know what's good for everyone else and are out to impose that vision on us. Yet their successes, as Cohen's own narrative shows, came from offering services that were eagerly and freely embraced by millions and that have constantly adjusted to keep audiences satisfied.

Although Cohen's policy prescriptions are thin and underargued—and fortunately don't often mar his storytelling—they show far more signs of the know-it-all. Cohen laments what has largely been a free cultural choice to embrace these online services, and he prefers an (ill-explained) European model that gives the government more control over how people are allowed to use the internet.

And then there's his subtitle: The Rise of Silicon Valley as a Political Powerhouse and Social Wrecking Ball. Where is the evidence for that power, that wreckage? Not in this book.

Cohen claims his characters are pushing us toward "a society in which personal freedoms are near absolute and government regulations wither away." But while he finds some evidence of libertarian leanings among some of his subjects/villains, there is little evidence here that they have done anything in electoral politics to shift America in that direction. Indeed, with the exception of Peter Thiel's leap onto the Trump train, he shows none of them publicly working against even the Democratic Party's agenda. Silicon Valley may be in some respects a "political powerhouse," but it's not one dragging us toward "absolute freedom"—more's the pity. (He does call Amazon's Jeff Bezos to task for having donated to Reason Foundation, which publishes this magazine.)

Cohen writes that in the internet world, "taxes are in effect replaced by monopoly profits—everyone pays their share to Google, Facebook, Amazon, and PayPal." Yet for three of those companies, users need pay nothing toward this profit. And the fourth case, Amazon, dominates by offering the lowest conceivable prices and better customer service than its competitors.

Those costs, and their connection to internet disruption, are casually asserted, not demonstrated. Only one—the damage to traditional news media—seems reasonable to blame on the web. What aggressive government regulations he thinks have disappeared, much less why it's the internet's fault, is never specified. As for the effect on local businesses and unions, online commerce still accounts for less than 9 percent of U.S. retail sales.

Cohen holds the internet and its ideological pioneers responsible for one social ill in particular: He indicts the early computer scientist John McCarthy of the Massachusetts Institute of Technology and Stanford for McCarthy's role in leading "the fight against censorship of the Internet." Yes, Cohen thinks that's the foundational sin of the internet era.

Cohen believes it wrong to wave the flag of free speech to defend people's right to say things online that others might find offensive or hurtful. He disapproves, for example, of McCarthy's role in a mini–culture war over Stanford's attempt to cut off campus access to a UseNet humor group. The dispute involved, in Cohen's words, "a dumb joke about a cheap Jew and a cheap Scotsman." McCarthy was appalled by the censorship effort in 1989, writing that "newsgroups are a new communication medium just as printed books were in the 15th century…Setting up an index of prohibited newsgroups is in the same tradition as the Pope's 15th century Index Liber Prohibitorium."

Centuries of Western political and moral philosophy regarding the right to think and speak freely as a political and moral good—indeed, as a core part of human selfhood—is nothing more to Cohen than an excuse for cruelty. This was especially so in the late-'80s context of campus debates over multiculturalism and its attendant "racial tensions." Cohen doesn't hem or haw a moment in declaring that unrestricted internet chat that offends certain people shouldn't be allowed. The precise mechanisms by which he'd like to enforce such strictures on offensive expression are not described.

The rogues' gallery in this book isn't limited to internet industrialists. Cohen sees two overriding problems with the internet age—"hacker's arrogance and…entrepreneur's greed." He traces the first back to McCarthy, whom he criticizes for inculcating the pernicious hacker mentality whose "individualistic, anti-authoritarian ideas would…spread across the globe," and the second to Frederick Terman, a former provost of Stanford. Terman is charged with forging an objectionable alliance between academic computer science and for-profit business, which led to the crisis of Zuckerberg, Brin, Page, and Bezos becoming enormously wealthy.

Cohen's brickbats frequently rely more on personal pique than social critique. Often he tells stories with blithe assurance that readers will get the point, not bothering to explain what's allegedly objectionable about his subjects' behavior. He sides, for instance, with those who prevented Mark Zuckerberg from providing free access to a limited version of the internet (including Facebook, of course) to millions in India. Such a move is problematic because, well, why should Zuckerberg be able to fool India's unwired poor with the idea that "Facebook and the Internet are one and the same"? As Zuckerberg has noted, that position ignores direct harms to, for example, a poor Indian farmer who might have been able to check price and weather data but now can't.

The author's animus against many prominent "Web 2.0" companies is rooted in a truculent inability to admit that services he condemns for relying on user-created content, such as YouTube and Yelp, do provide tools and an audience that their users rightly value. He even plays to the clichéd suggestion that the desire to "disrupt" is a resentful revenge of the nerds on a culture that mocked them as outsiders when they were kids.

Cohen is not wrong that his subjects changed the world, or even about many of the ideas that animated them. But his reflexive hostility seems studiedly ignorant of just how much value tech giants offer to regular people on the internet.