They also arrested her younger friend for prostitution. 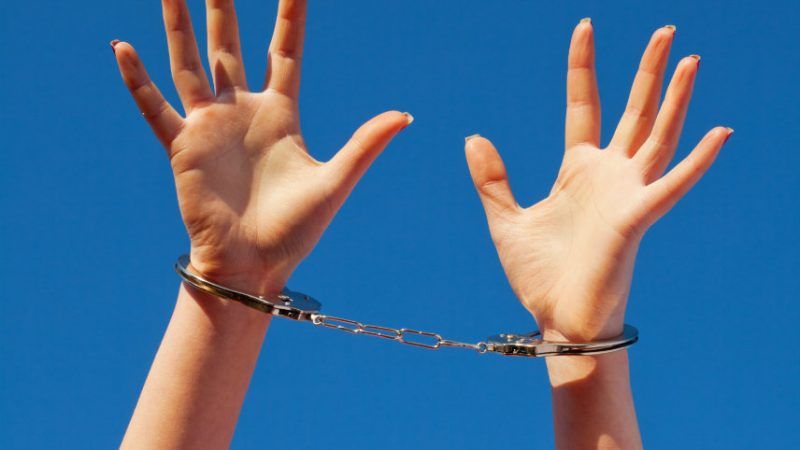 The cops of Harris County, Texas, routinely bust adult women and men in prostitution stings while assuring us it has to be done in order to find and save teens selling sex. So what happens when they find girls doing just that? Why, they arrest them too—and charge one with a felony.

Police arrested the two teenagers on January 18, after the girls agreed to "perform a sex act" on an undercover officer for $100. The younger girl faces a misdemeanor prostitution charge. The older girl, age 17, is charged with promoting the prostitution of a minor, a second-degree felony. Police allege that she "coached" the younger teen on how to sell sex.

The older girl "stated that the [younger] girl needed help getting some money and she wanted to help because she had done prostitution in the past," according to the Harris Country District Attorney's Office.

The younger girl does not dispute this story, nor does she allege coercion on her friend's part. For all we know, the younger girl was determined to do this no matter what and the older girl's tips and presence were offered to help keep her safe.

And of course the older girl is still underage herself—a former "child sex trafficking victim," in the county officials' usual parlance. She has mostly gotten out of prostitution and is now taking college classes and working a retail job. Nonetheless, Harris County has chosen to treat her as a predator.

This sort of thing is all too common in Harris County and its largest city, Houston. As The Texas Tribune noted last year, the cops there often put minors in jail for prostitution.

Texas has only one facility specifically for underage sex-trafficking victims, and even space at regular facilities for homeless youth is tight. Yet instead of devoting more money to things like shelters and services for these teens, both Texas and federal officials routinely devote their dollars to arrests instead. Until that changes, expect to see a lot more of Texas authorities giving these kids criminal records instead of the help they need.