The drug war "often dealt harshly with non-violent offenders, taking men away from their families" the secretary of housing and urban deveopment admits. 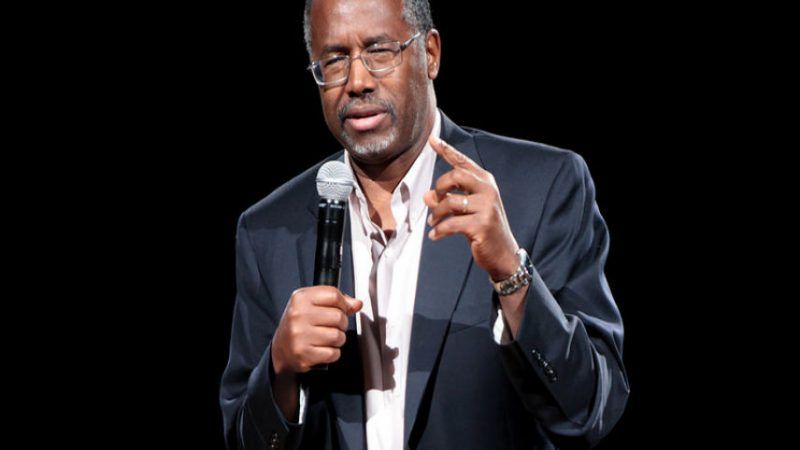 Secretary of Housing and Urban Development Ben Carson was a typical modern Republican drug warrior during his presidential run in 2016. As Tom Angell at the Marijuana Moment site reminds us, the former neurosurgeon supported medical marijuana but was quick to discuss the alleged IQ damage the drug can cause, believed it could be a "gateway drug" to more harmful practices, and insisted he would, if elected president, enforce federal anti-pot laws even in states that had legalized.

In a speech last week at the Manhattan Institute, Carson showed he recognizes the drug war causes direct, unwarranted harm to America's poor, encouraging those of us who like to believe even politicians can be persuaded by arguments spread by libertarians (and others) about the deleterious effects of the drug war on America.

In a talk lamenting that "in many communities there are more black males incarcerated than there are in college," Carson acknowledged "the war on poverty sometimes conflicted with the war on drugs, which often dealt harshly with non-violent offenders, taking men away from their families, and disproportionately affecting minority communities."

Carson does not, alas, have direct authority to help end government law enforcement policies regarding marijuana and other drugs that have those bad effects. But it is heartening to see the truth seep through the higher levels of the Trump administration. Let's hope Jeff Sessions might be listening.

Video of the speech, given last week at the Manhattan Institute at a symposium called "Prospects for Black America." The relevant line, in the context of a critique of aspects of post-Great Society policy, starts around 12:40.