A right to engage in prostitution seems like "a natural extension of Supreme Court precedent," says judge. 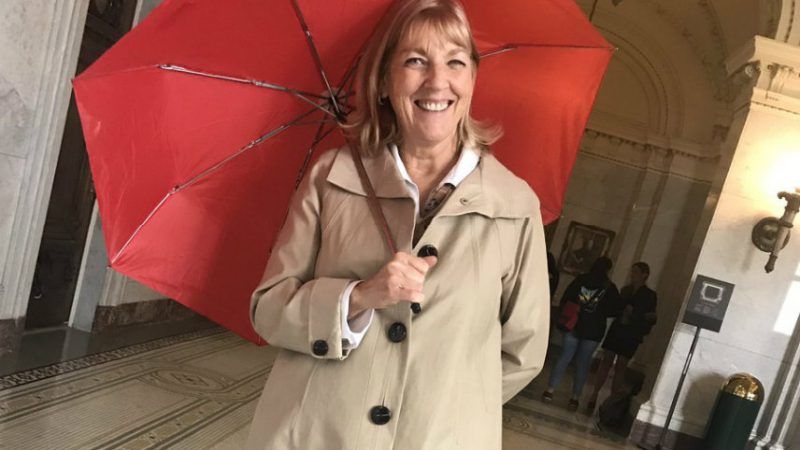 A federal court heard arguments yesterday challenging California's criminalization of prostitution, in a case that could have implications for sex work laws across the nation.

"Our hope is to see this bad law struck down," said ESPLERP President Maxine Doogan, "so that consenting adults who choose to be involved in prostitution are simply treated as private citizens again, and are afforded all the privacy and constitutional rights thereof."

"Lambda Legal's landmark Supreme Court victory in Lawrence v. Texas, the case that struck down laws that criminalized sex between same-sex partners, underscored that our right to liberty protects our decisions about adult, consensual sexual intimacy," says Kara Ingelhart, a Lambda Legal law fellow. "It is merely logical that Lawrence extend to the adult, consensual sexual intimacy that occurs between sex workers and their clients; the fact that money is exchanged shouldn't matter."

The Ninth Circuit judges seemed at least somewhat sympathetic to that view. "Why should it be illegal to sell something that you can give away for free?" Judge Consuelo Callahan asked the state's attorney, Sharon O'Grady. She replied that it should be illegal because the legislature declared it so.

Judge Carlos Bea suggested that the state's arguments for why it could ban prostitution also would allow California to ban one-night stands.

But overall, it might be "a tough panel for petitioners," notes lawyer Amanda Goad, who livetweeted the oral arguments yesterday. Callahan and the other two judges are conservative appointees of George W. Bush and Ronald Reagan.

Judge Callahan overtly skeptical from the very beginning of Sirkin's argument—not a surprise.

J.Callahan making generalizations about sex workers as drug addicts. I didn't think we would get there so fast! #sigh #SexWorkIsWork

Much of the court's focus Thursday was on whether a ban on prostitution implicates adults' sexual liberty and privacy or their right to form intimate relationships as they see fit. The U.S. District Court that heard ESPLERP's challenge last year contended that only "intimate personal relationships," not purely sexual ones, were protected from state interference per the Supreme Court's 2003 ruling in Lawrence.

Sirkin pointed out Thursday that, in fact, the men who had been arrested in Lawrence were not in an ongoing relationship. He said that the fundamental right implicated here, as in Lawrence, concerns sexual privacy.

O'Grady concedes "you might have an as-applied challenge" if sex work happening "in the privacy of your own home." This is great!

Judge Callahan agreed that a ruling for the right to engage in prostitution seemed like "a natural extension of Supreme Court precedent."

At one point, the discussion veered into whether sex workers and their customers could be friends, with the state contending that friends don't pay each other for sex. But judges suggested that a relationship that started off as purely transactional and sexual could develop into true friendship and affection.

Ultimately, much of the case will come down to whether the lower court was right to apply a rational basis standard in judging California's prostitution law. Under the rational basis standard, a law is constitutional so long as it is "rationally related" to a "legitimate government interest." ESPLERP and its supporters argue that the court was wrong to apply this standard and should have applied the heightened scrutiny standard used in Lawrence.

Judge Bea suggested that the case might need remanded to the district court for another judicial review or even a trial in which the state would have to prove a compelling need for its prostitution ban.