Is Minnesota's Indefinite Detention of Sex Offenders Punitive or Therapeutic?

An appeal asks SCOTUS to decide the question, noting that the program has released just one "patient" in 23 years. 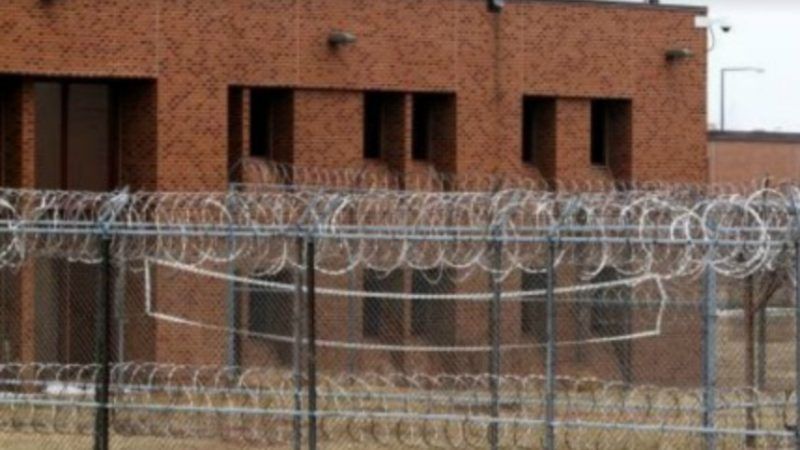 Since 1994 the Minnesota Sex Offender Program (MSOP) has confined more than 700 people who were deemed too "sexually dangerous" to release after completing their prison sentences. Ostensibly they are no longer inmates but patients, undergoing treatment aimed at reducing their risk of recidivism. Yet in more than two decades, only one of these involuntary "patients" has been declared well enough to be released, and that did not happen until August 2016. Today the U.S. Supreme Court is considering whether to hear a challenge to this system of indefinite preventive detention, which effectively imposes life sentences on people who have already been punished for their crimes.

The plaintiffs in the case, Karsjens v. Piper, include MSOP detainees who have completed their treatment yet remain behind bars because the program does not conduct regular assessments to determine whether offenders still meet the criteria for commitment. "In effect, Minnesota's failure to implement adequate periodic reviews establishes a death-in-confinement sentence without any of the safeguards of the criminal legal system," says the petition asking the Supreme Court to hear the case. "Hundreds of civilly committed people in Minnesota have never received a risk assessment, and hundreds more have risk assessments that are outdated and therefore invalid….The MSOP knows, for some of the people in custody, that they in fact satisfy discharge criteria, but the MSOP takes no action to facilitate their discharge." As one of the plaintiffs put it in 2015, "The only way to get out is to die."

The Supreme Court has upheld post-prison commitment of sex offenders, accepting the pseudoscientific claim that a propensity to commit a certain type of crime is an illness that mental health professionals can cure (in this case, an illness defined by state legislators rather than psychiatrists). But the Court has warned that imposing punishment in the guise of treatment is a violation of due process. "If the civil system is used simply to impose punishment after the State makes an improvident plea bargain on the criminal side, then it is not performing its proper function," Justice Anthony Kennedy wrote for the majority in the 1997 case Kansas v. Hendricks. "[If] civil confinement were to become a mechanism for retribution or general deterrence…our precedents would not suffice to validate it."

In a brief supporting the Karsjens plaintiffs, the Cato Insitute and the Reason Foundation (which publishes this website) argue that the MSOP's track record and lack of systematic assessments show it is punitive rather than therapeutic. "The MSOP is a regime of indefinite detention that provides no hope of release," the Cato/Reason brief says. "The most powerful proof that the MSOP's treatment approach is not meaningful is the fact that some individuals who successfully completed treatment never earned release and were never discharged….It is functionally impossible to distinguish between Minnesota's civil commitment for sex offenders and imprisonment….If any SOCC [sex offender civil commitment] scheme is punitive, Minnesota's is."

U.S. District Judge Donovan Frank agreed with this critique in 2015, but last year his decision was overturned by the U.S. Court of Appeals for the 8th Circuit. Remarkably, the 8th Circuit declared that Frank had erred in assuming that freedom from confinement qualifies as a fundamental right, saying that is not true for "persons who pose a significant danger to themselves or others." Yet the main issue in this case is Minnesota's lack of interest in whether the plaintiffs actually fall into that category. In fact, the state admits that at least some of them don't.

As the plaintiffs note in their petition, the 8th Circuit conflated two distinct questions: whether the right not to be locked in a cage for the rest of your life counts as a fundamental liberty interest, which no one can reasonably deny, and whether Minnesota is justified in depriving the plaintiffs of that right. That trick was crucial, because it allowed the appeals court to avoid subjecting the MSOP to "strict scrutiny," which requires that a policy be narrowly tailored to serve a compelling government interest, and instead use the much more forgiving "rational basis" test.

"By collapsing the nature of the right and the compelling state interest inquiries," the plaintiffs observe, "the circuit court created constitutionally impermissible sub-classes of rights holders—those who have a fundamental right to liberty and those who do not. This approach means that any group perceived as potentially dangerous to the public—the mentally ill, people with alien status, or those previously convicted of chronic criminal behavior, for example—could find themselves with diminished constitutional rights when facing civil commitment or detention. Such a rule of law cannot stand under our Constitution, especially when its subjects are some of the most politically powerless, despised, and vulnerable among us."