National Bureau of Investigation suggests "rub out" could've been part of a wider conspiracy. 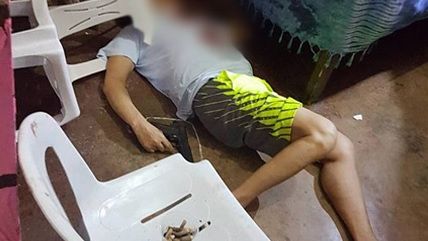 After the National Bureau of Investigation (NBI), the Philippines' national law enforcement agency, announced it was criminally charging a number of officers in connection with the killing of a mayor during a raid of a jail, Philippines President Rodrigo Duterte said he would not let the officers serve any time in prison.

"I will not allow these guys to go to prison, even if the NBI says it was murder," Duterte said in a speech this week, ABS-CBN reported. "After all, the NBI is under me, the Department of Justice." Nevertheless, Duterte insisted he wasn't interfering with the process itself. "To tell you, I don't interfere," he said. "They have findings, good. File the case but I won't leave the policemen implicated in the killing."

Marvin Marcos, the officer in charge of the squad that raided the jail, and who was re-instated by Duterte the same day he was released, as well as other members of the Criminal Investigation and Detection Group (CIDG) in Region 8, face charges of murder, robbery, planting evidence, maliciously procuring a warrant, and perjury.

The group raided the jail based on allegations that Rolando Espinosa, a local mayor facing drug-related charges, was involved in drug sales at the jail, although according to the NBI the officers did not investigate the claim themselves prior to getting a warrant, and apparently did not find much during the raid. The NBI noted a previous raid at the jail yielded little contraband and it "was therefore impossible for Espinosa and Yap [Espinosa's cellmate, also shot and killed] to possess these firearms and illegal drugs inside their respective cells on the night of the supposed implementation of the search warrants." Other inmates claim seeing police plant a gun in the cell—surveillance footage from the jail that would have captured the shooting is missing.

An NBI statement suggested it was possible for the killings to have been part of a wider conspiracy. "it is patently clear that the acts of the CIDG 8 operatives showed a community of purpose or an implied conspiracy," the statement read, according to ABS-CBN. hDuterte could be involved as well, unwittingly or otherwise. Ronald dela Rosa, the national police chief, said he had suspended Marcos (who Duterte re-instated the same day), because of allegations Marcos was being paid by drug dealers, dela Rosa told a Senate hearing last week.

State-sponsored and state-sanctioned violence in the war on drugs can easily be used to cover the government involvement that is inevitable in any illicit trade that is sustained by sufficient demand. No law enforcement system can be totally immune from the incentives involved in bypassing a prohibition on an inherently non-violent product. The more fervor the campaign against drugs is waged with, the easier it is to commit violence that might benefit a particular drug network under the guise of indiscriminate anti-drug killing.