Victims Were Kids for One-Third of U.S. Police Officers Who Lost Badges for Sexual Misconduct

Officers frequently "use the power of their badge to prey on the vulnerable," finds AP analysis. 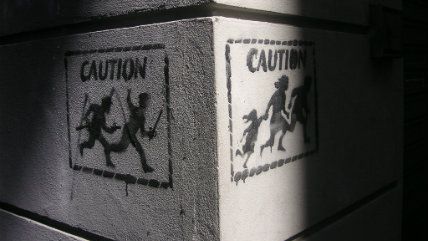 Nearly 1,000 U.S. police officers lost their badges over sexual misconduct between 2009 and 2014, according to a new analysis from the Associated Press—which calls this number "unquestionably an undercount." And around one-third of these incidents involved children or teenagers under 18-years-old, the news agency found.

Since the federal Bureau of Justice Statistics doesn't keep track, AP turned to state-by-state police decertification records. Forty-one states returned data on officers whose licenses were revoked for sexual assault or other forms of sexual misconduct. But among these, some "reported no officers removed for sexual misdeeds even though cases were identified via news stories or court records." And California and New York—states with some of the largest law-enforcement agencies in America—were among the nine states (plus the District of Columbia) that either didn't respond or did not revoke the licenses of officers fired for sex offenses.

In the cases AP did identify, more than half of the officers were found to have committed sexual assault, including child molestation, rape, and nonconsensual fondling. Another 440 officers were decertified over sexual misconduct that included voyeurism, sexting with minors, possession of child pornography, and having sex while on duty, among other things.

Guilty parties in the analysis included state and local police, sherriff's deputies, prison guards, and school cops, but not federal law-enforcement agents. "Because of gaps in the information provided by the states, it was impossible to discern any other distinct patterns, other than a propensity for officers to use the power of their badge to prey on the vulnerable," AP concluded. "Some but not all of the decertified officers faced criminal charges; some offenders were able to avoid prosecution by agreeing to surrender their certifications."

As Anthony Fisher noted in this piece on "why it's so hard to stop bad cops from getting new jobs," some 9,000 U.S. police officers were decertified between 2009 to 2014, And because there's no national tracking system, bad cops can still wind up getting hired in other states.

The AP analysis is far from the first to show sex crimes—including those against children—are no fluke among U.S. police officers. A Bowling Green State University analysis of officer-arrest data from 2005 and 2011 found sex-related cases were the third-most prevalent. A Cato Institute study of 2009 and 2010 data found sexual misconduct was the second most-common complaint against cops, behind excessive force. Or here's a sampling of officer-involved-sex-crimes that have made headlines in just the past two weeks:

Wisconsin: Milwaukee Police Officer Dominique Heaggan-Brown, 24, is accused of sexually assaulting an incapacitated man, taking naked photos of people without their consent, and trying to pay for sex. Heaggan-Brown also made headlines over the summer after fatally shooting 23-year-old Sylville Smith as the man fled from a traffic stop, sparking protests around the city. Heaggan-Brown has been suspended from the Milwaukee Police Department, Chief Edward Flynn said at a press conference last week. He was charged with sexual assault, prostitution, and capturing an intimate representation without consent and is currently in jail on $100,000 bail.

California:Oakland Officer Ryan Walterhouse, 26, was arrested October 19 for allegedly paying a woman for sex and tipping her off to prostitution stings in the area—the same conduct several of his fellow officers have recently been fired for and for which one of them (Oakland patrol Officer Giovanni LoVerde) was facing criminal charges in court at the same time. Specifically, Walterhouse was found to have tipped the woman off to Oakland's FBI-led Operation Cross Country X stings.

In nearby Richmond, City Manager Bill Lindsay announced October 30 that three more police officers will be fired for involvement with the same young woman at the center of Oakland police officers' current court troubles, bringing the total to four (unidentified) officers who will be discharged. Seven other Richmond officers had been under investigation, including five who will receive official reprimands, according to Lindsay, and two who left the department for unrelated reasons before the start of the investigation.

Florida: A former officer with the Jacksonville Sheriff's Office was arrested last week on multiple child-pornography charges. The officer, 58-year-old Michael Eugene Williams, has a criminal record in Florida's Clay County, according to The Florida Times-Union, and "a lengthy complaint history" at the sherriff's office.

And some (sadly) similar stories and roundups from the Reason vault: