Probation for Sex With Another Teenager, 3.5 Years in Prison for Failing to Register 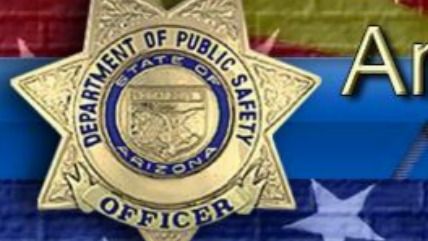 When he was 18, David Clark had sex with a 14-year-old. In 1982 he pleaded guilty to sexual misconduct, a Class 2 felony under Arizona law, and was sentenced to four years of probation. The following year, the state legislature passed a law that retroactively required Clark to register as a sex offender. In 2009 he was arrested for failing to register, a Class 4 felony. He pleaded guilty and was sentenced to three-and-a-half years in prison. Last week a federal appeals court said there was nothing constitutionally amiss about this series of events, because the law threatening to put Clark behind bars is not punitive.

Clark, who faces a much more severe penalty for failing to register than he did for his original offense, takes a different view, arguing that retroactive application of the registration requirement violates the Constitution's ban on ex post facto laws. Not so, said the U.S. Court of Appeals for the 9th Circuit, because the Ex Post Facto Clause prohibits new punishments for old crimes, and forcing sex offenders to register is not a punishment; it is a regulation "intended to protect communities," and the burdens it imposes are not so punitive in effect that they override the legislature's regulatory intent. While sending Clark to prison may be a punishment, it's not for the crime he committed in 1982; it's for the one he began committing in 1983 by failing to register.

That logic is consistent with Smith v. Doe, the 2003 case in which the U.S. Supreme Court upheld Alaska's sex offender registry. While the indelible, life-disrupting stigma caused by inclusion in an online database of sex offenders may feel like punishment to the people on the list, the Court said, that effect is incidental to the registry's regulatory function, so a retroactive registration requirement does not violate the Ex Post Facto Clause.

Clark argues that Arizona's law has a bigger punitive impact than Alaska's did, because Internet use is more common now and because Arizona requires sex offenders to provide "online identifiers" (such as email addresses and social networking names), which facilitates harassment. A state appeals court thought those differences were not significant enough to distinguish Arizona's law under Smith. The Arizona Supreme Court declined to hear the case, and a federal judge, responding to Clark's habeas corpus petition, upheld the state appeals court's decision. So did the 9th Circuit, which decided "the Arizona Court of Appeals was not unreasonable in holding that the statute's punitive effects fail to outweigh its regulatory purposes."

By contrast, the U.S. Court of Appeals for the 6th Circuit last month ruled that Michigan's Sex Offender Registration Act (SORA) went far enough beyond the Alaska law upheld by the Supreme Court that it qualified as punitive:

A regulatory regime that severely restricts where people can live, work, and "loiter," that categorizes them into tiers ostensibly corresponding to present dangerousness without any individualized assessment thereof, and that requires time-consuming and cumbersome in-person reporting, all supported by—at best—scant evidence that such restrictions serve the professed purpose of keeping Michigan communities safe, is something altogether different from and more troubling than Alaska's first-generation registry law. SORA brands registrants as moral lepers solely on the basis of a prior conviction. It consigns them to years, if not a lifetime, of existence on the margins, not only of society, but often, as the record in this case makes painfully evident, from their own families, with whom, due to school zone restrictions, they may not even live. It directly regulates where registrants may go in their daily lives and compels them to interrupt those lives with great frequency in order to appear in person before law enforcement to report even minor changes to their information.

Arizona's law shares some of these features. It bars people convicted of "a dangerous crime against children"—which includes "sexual conduct" with a 14-year-old, even when it is consensual and the offender is another teenager—from living within 1,000 feet of a school or child care facility. It assigns sex offenders to risk levels that exaggerate the danger they pose. Clark, for instance, is listed as a Level 3 offender, which is considered the most dangerous category, even though it's doubtful that someone who had sex with another teenager at age 18 posed a serious threat to public safety at the time, let alone 34 years later. Compounding that absurdity, Clark will remain in the registry for the rest of his life, suffering all the legal, social, and economic consequences of that status. He will have to keep the authorities apprised of changes in his information under threat of fines and jail, although Arizona's reporting requirements are not quite as demanding as Michigan's.

If Clark had been a year younger and his sexual partner had been a year older, he might have qualified for a "Romeo and Juliet" defense (under current law, at least). While the age of consent in Arizona is 18, a teenager younger than 19 can avoid criminal penalties if his partner is at least 15 and no more than two years younger. Life-derailing penalties should not hinge on such small differences, and the fact that Clark got probation indicates that the judge had some sense of proportion. Unfortunately for Clark, Arizona's registration law does not.