As far as the DEA is concerned, the leaf has no legitimate uses. 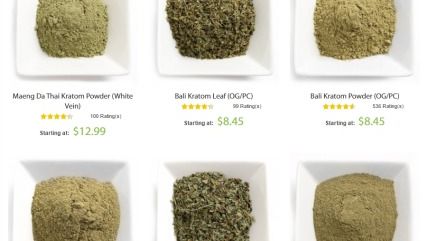 If you are curious about kratom, the pain-relieving leaf from Southeast Asia that is both a stimulant and a sedative, now would be the time to try it. As I explain in my latest Forbes column, a national ban on kratom takes effect at the end of September, thanks to a DEA analysis that arrives at a predetermined conclusion by assuming the drug has no benefits:

At the end of this month, kratom will be illegal throughout the United States thanks to the Drug Enforcement Administration (DEA), which this week announced that a ban is necessary "to avoid an imminent hazard to public safety." The way the DEA reached that conclusion provides an illuminating window on the prohibitionist mindset, which dresses pharmacological phobias in the garb of science.

Kratom is a pain-relieving leaf that acts as a stimulant or a sedative, depending on the dose. But the most important thing to know about kratom, if you want to understand the DEA's reasoning, is that it's not from here. Kratom comes from a tree, Mitragyna speciosa, that is native to Thailand, Malaysia, Indonesia, Myanmar, and Papua New Guinea. It has gained a following in the United States only recently, hawked by online merchants and head shops as an herbal medicine, "dietary supplement," or legal high. As far as the DEA is concerned, the fact that people in other countries have used kratom for centuries to ease pain, boost work performance, and wean themselves from opiate addiction counts for nothing. All the DEA needs to know is that our shores have been invaded by a foreign drug that is increasingly popular among Americans as a home remedy and recreational intoxicant. From the DEA's perspective, that is intolerable, regardless of the drug's hazards or benefits.