No oversight, no notification, and sometimes no supporting evidence. 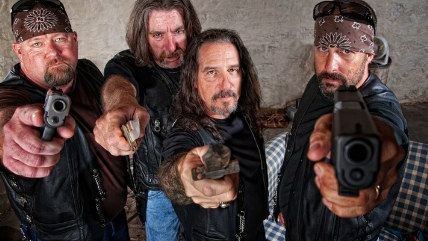 California's gang database operates without enough oversight, doesn't properly make sure the people it places in the database truly qualify as gang members, doesn't purge the names of people who are placed in the database when it's supposed to, and ultimately ends up with a high potential of violating the privacy of California citizens. Those are the results of a state audit released today of California's "CalGang Criminal Intelligence System."

The flaw in using data to assist in policing is that the subsequent policing is only as good as the data that is collected. And if the data is bad, the outcomes are not abstract. There are real world implications.

The outcome of this audit was hardly unpredictable. Reporter Ali Winston documented some of the actual real world consequences of the faulty gang database data earlier in the year in a story appropriately titled "You may be in California's gang database and not even know it." As Winston noted, being part of the gang database is not just about being treated with more suspicion by police during interactions. California laws allow for harsher penalties for some crimes if defendants are shown to be gang members.

The full audit documents all sorts of examples where CalGang is being used incorrectly by police based on examining just four participating law enforcement agencies. Here's just a sample of some of the problems they found:

The audit suggests a list of reform to the program, including giving a state agency actual oversight over it, something that doesn't currently exist. Also of note: The state sent out a survey to 329 law enforcement agencies about their use of the CalGang database. Among them, 77 agencies didn't even respond, though the report notes that the surveys were sent without checking whether they actually consulted the database.

Read the report here, which includes responses from the four audited law enforcement agencies at the end. The response from Sonoma County Sheriff's Office reads it was written by Danny McBride in character as Neal Gamby in HBO's series Vice Principals, complete with adding the little registered trademark symbol after every reference to CalGang.