When Cops Kill, and When Cops Die

Police need new approaches on the use of force. 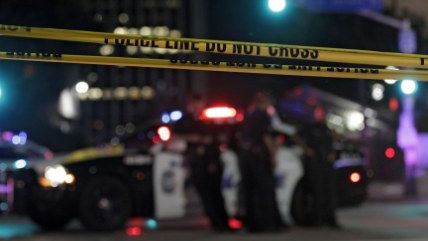 Most interactions between American police and citizens are routine, civil and no worse than briefly unpleasant for those involved. But among some cops and some populations, the relationship is fraught with chronic distrust and fear. The result is an intractably toxic climate that spawns deadly consequences.

Rarely has that reality been more stark than now, with five Dallas law enforcement officers fatally shot during a demonstration against, yes, the killing of black civilians by police. The sequence is a spiral of violence, with wrong done against one group answered with wrong against the other.

Up to the moment gunfire erupted, the Dallas scene was a case where both sides were conducting themselves well. The protesters were peaceful, and the police were restrained. Some officers and marchers even posed for photos together. It was heartening proof that the two sides are not condemned to conflict.

But too often, police-citizen encounters go very differently. Cops deal daily with dangerous offenders in areas plagued by incessant crime. Innocent citizens in those neighborhoods sometimes are stopped, searched, humiliated and physically abused. People who should be working together for mutual safety find themselves at odds.

The Black Lives Matter movement is a recent reaction to an old problem made more visible by modern technology and social media. Lots of Americans who once took for granted that police deserve respect and deference have been shocked by video footage of officers killing without apparent justification.

A 2015 Gallup Poll found trust in police at its lowest level in 22 years. Only 30 percent of African-Americans express such confidence.

The deaths of Alton Sterling and Philando Castile at the hands of police officers help explain why. Slayings like theirs happen more or less every day in this country. But unless the event or its aftermath is captured on video, it is barely noticed by the general public.

Research indicates that black and Hispanic motorists are likelier to be pulled over, to have their cars searched and to be arrested—though whites are often found to be likelier to have contraband. A new study by the Center for Policing Equity at the John Jay College of Criminal Justice in New York documents that cops use force against blacks more than three times as often as against whites.

The murdered police in Dallas obscure a positive development: Since 1977, reports University of California, Berkeley law professor Franklin Zimring, the number of officers killed on duty has plunged by 69 percent.

Cops and their defenders say that when officers kill civilians, they do so in self-defense, which often is true. Maybe information will come to light that the cops behaved justifiably with Sterling and Castile—in response to actions that didn't show up on the videos.

In some cases, though, the reaction is excessive. Laquan McDonald, shot 16 times by a Chicago officer, was walking away from the cops. Eric Garner, who died after being subdued with a chokehold, had no weapon. John Crawford, idly holding a BB gun taken off a Wal-Mart shelf, posed no evident threat.

Sterling and Castile were carrying guns, but Sterling's was in his pocket, and from the videos, it appears he didn't reach for it. Castile, according to his girlfriend, told the officer he had a concealed pistol and a permit for it.

Is that because we have so much more violent crime, including gun crime? Partly, says Zimring, but "the U.S. rate of killings by police is 10 times as great as the difference in homicides generally."

Changes in how departments operate could save hundreds of lives each year. A report this year by the Police Executive Research Forum said, "Through de-escalation, effective tactics and appropriate equipment, officers can prevent situations from ever reaching the point where anyone's life is in danger and where officers have little choice but to use deadly force." Such reforms, it argued, can not only protect civilians but "increase officer safety."

Making life safer for police and those they encounter is a goal shared by everyone. It will take new approaches, because the old ones are not good enough.