California Senate Choices Got You Down? Check Out These Ballot Initiatives Instead.

Voters will have 16 other issues to consider Election Day. 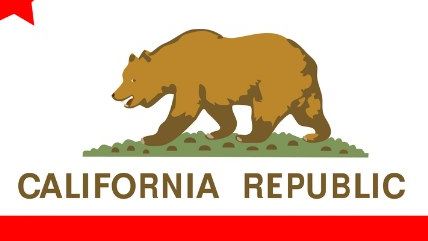 Californians may not get an actual choice between candidates for Senate, because the state's top-two post-primary run-off system has left everybody with two establishment Democrats as nominees. But they still get a whole host of ballot initiatives to weigh in on.

California is well-known for regularly having a large number of ballot initiatives put before the voters every November. This November, Californians will have 16 of them. Some have been pushed along by special interest groups, which is a very bad corrupting influence on democracy unless it matches your particular ideology, then it's just the people's voice being heard! I kid, but that tends to be what it feels like sometimes. On the other hand, it's not clear that, despite whining about how some things should be put to a public vote, California's state legislature actually fundamentally operates any differently. Capitulating to special interests? That's a job for the experts!

But anyway, there are quite a few issues of interest to liberty-minded folks in California. Those who are not terribly impressed with their presidential or Senate choices can still have a say in matters of importance. Here's a look at some of the more significant initiatives:

Recreational Marijuana Legalization. California famously attempted to pioneer legal use with a ballot initiative in 2010 that failed. Now that other states ended up leading the way, it's back and altered to hopefully appeal to more voters. Proposition 64 will legalize recreational marijuana use and cultivation with heavy regulation and taxes. The state estimates the increased sales tax revenue could surpass $1 billion dollars a year. Read more about the initiative from Jacob Sullum here.

Plastic Bag Bans. The California legislature enacted a law 2014 that would bag single-use plastic bags from most grocery stores and pharmacies and mandate a 10-cent charge on recyclable or reusable bags. A referendum has pushed the issue onto the fall ballot as Proposition 67. In order to keep the law on the books, a majority must vote yes on Prop. 67. Read how awesome plastic bags actually are in a Reason cover story from last October by Katherine Mangu-Ward.

Gun Control. Even though a whole bunch of gun control bills just made it to Gov. Jerry Brown's desk, that's apparently not enough for some. Proposition 63 controls ammunition sales, bans the possession and demands the destruction of large-capacity magazines, requires background checks to purchase ammunition, and for ammunition sales to be approved by and reported to the Department of Justice. Oh, and of course, law enforcement officers and retired law enforcement officers are exempt from the large magazine ban. The state predicts that regulating the sale of ammunition will likely cost tens of millions of dollars, which will probably be offset by regulatory fees (which means: price hike!).

Citizens United. A chance to vote against the First Amendment! How lucky it is to be a Californian. This utterly pointless "advisory" proposition is to encourage California's legislators to propose a constitutional amendment to overturn Citizens United v. FEC, the Supreme Court decision that affirmed that corporations, non-profits, unions, and other group entities have the right to independently pay for and publish political speech.

Tax Increases. But of course! Proposition 56 would increase California's cigarette (and e-cigarette) taxes by another $2 to increase funding for healthcare programs. If the tax increase results in less revenue due to decreased consumption (or, you know, black market purchases), it authorizes offsetting the losses by pulling revenue from elsewhere. Proposition 55 would extend for 12 years what was originally sold to Californians a temporary income tax increase on  higher-level incomes to fill holes in education budgets. Guess they found some more holes! Imagine that.

Criminal Justice. Proposition 57 offers some sentencing reform that allows for some earlier parole consideration for those convicted of non-violent felonies. It also provides for judges, not prosecutors, to determine whether to treat juveniles over the age of 14 as adults for crimes.

More information about all the ballot initiatives that qualified for November's vote, as well as links to the text of each initiative, is all here.