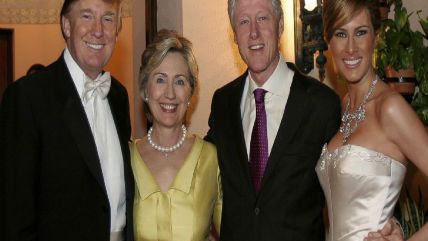 Tonight's Kennedy (Fox Business Network at 8 p.m. ET, with a repeat at midnight) is a soberer-than-usual affair, with an appropriately serious look at policy responses to the Orlando Pulse massacre. I'm on there for three segments, along with Democratic political consultant Julie Roginsky and libertarian comedian Dave Smith, sorting through the competing statist responses by presidential front-runners Hillary Clinton and Donald Trump.

I appeared on Kennedy's show a week ago as well. A clip from that: