The 9th Circuit reinstates a challenge to a California ordinance that blocked a gun store. 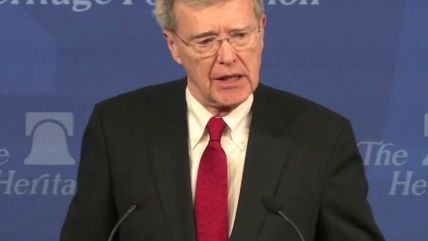 Yesterday a federal appeals court ruled that local restrictions on gun sales can violate the Second Amendment. "The right to purchase and to sell firearms is part and parcel of the historically recognized right to keep and to bear arms," said a three-judge panel of the U.S. Court of Appeals for the 9th Circuit, concluding that a federal judge should not have dismissed a constitutional challenge to a zoning ordinance that prevented a gun store from opening in Alameda County, California. "If 'the right of the people to keep and bear arms' is to have any force, the people must have a right to acquire the very firearms they are entitled to keep and to bear."

The three men who brought the lawsuit, John Teixeira, Steve Nobriga, and Gary Gamaza, planned to open a gun store but were stymied by a county rule banning such businesses within 500 feet of a home, a school, a day care center, a liquor store, a bar, a restaurant with a liquor license, or another gun store. Because of that restriction, Teixeira and his partners said, "there are no parcels in the unincorporated areas of Alameda County which would be available for firearm retail sales."

Even if that's not true, the 9th Circuit said, the 500-foot rule burdens a constitutionally protected right and therefore should be subject to "heightened scrutiny," as opposed to the highly deferential "rational basis" test applied by the district court. The county claimed the location restrictions were motivated by concerns about the impact that gun stores might have on crime in their vicinity and on the aesthetics of the neighborhood. But it presented no evidence to substantiate either concern.

Such bare assertions do not meet the requirements of "intermediate scrutiny," the appeals court said. Furthermore, "if Teixeira had been given a chance to demonstrate that the Ordinance was 'not merely regulatory,' but rather functioned as a total ban on all new gun retailers, 'a more rigorous showing' than even intermediate scrutiny, 'if not quite "strict scrutiny,"' would have been warranted."

Writing in dissent, Judge Barry Silverman said Alameda County's ordinance is an example of "laws imposing conditions and qualifications on the commercial sale of arms," which the Supreme Court has said are presumptively valid because of their long acceptance. Silverman noted that local residents already can purchase guns from various retailers, who apparently were exempted from the 500-foot rule. "When you clear away all the smoke," he said, "what we're dealing with here is a mundane zoning dispute dressed up as a Second Amendment challenge."

Judge Diarmuid O'Scannlain, writing for himself and Judge Carlos Bea, rejected that argument, saying "the County has failed to demonstrate that the Ordinance is the type of longstanding regulation that our predecessors considered an acceptable intrusion into the Second Amendment right." O'Scannlain suggested that Silverman's attitude would be quite different if the case had involved a First Amendment claim:

Would a claim challenging an Alameda County ordinance that targeted bookstores be nothing more than "a mundane zoning dispute dressed up as a [First] Amendment challenge"?…Surely the residents of Alameda County could acquire their literature at other establishments that, for whatever reason, had not been shuttered by the law. Such an ordinance, of course, would give us great pause. Our reaction ought to be no different when it comes to challenges invoking the Second Amendment.

Quoting the 2010 decision in which the Supreme Court overturned Chicago's handgun ban, O'Scannlain observed that "the right of law-abiding citizens to keep and to bear arms is not a 'second-class right, subject to an entirely different body of rules than the other Bill of Rights guarantees that we have held to be incorporated into the Due Process Clause.'" It's a principle that many federal judges have trouble taking seriously.