After trying to shut down the Harborside Health Center for years, the DOJ gives up. 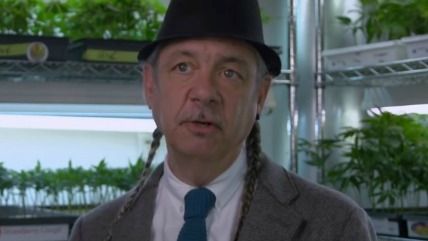 The Justice Department, which has been trying to shut down Oakland's Harborside Health Center, the largest medical marijuana dispensary in the country, since 2012, is backing down. Yesterday Oakland officials, who have supported the dispensary all along, announced that the feds had agreed to let it stay open.

"We celebrate the release from federal prosecution," said Oakland Mayor Libby Schaaf. "We believe in compassion. We believe in health."

The announcement comes a few weeks after the DOJ abandoned its efforts to enforce an injunction against another California dispensary, the Marin Alliance for Medical Marijuana (MAMM). In allowing MAMM to reopen, the feds let stand a ruling that said such enforcement actions against state-legal dispensaries violate a spending rider known as the Rohrabacher/Farr amendment, which prohibits the DOJ from using appropriated funds to prevent states from implementing their medical marijuana laws.

Harborside had argued that U.S. Attorney Melinda Haag's campaign against the dispensary likewise violated the Rohrabacher/Farr amendment, which was first enacted at the end of 2014. Haag, who had made a point of targeting dispensaries despite the DOJ's policy of tolerating marijuana suppliers who comply with state law, left office last September.

"As of today, Harborside Health Center is in the clear and will no longer have to worry about a looming raid," said Oakland Councilwoman Rebecca Kaplan. "Supporters are pleased to hear that the case has been dropped so that patients suffering from chronic pain can have peace of mind that they will be able to get their medicine through safe dispensaries. By taking this stance in Oakland, we have shown the rest of the country what's possible."

Although the details of the deal between Harborside and the DOJ are unclear at this point, it looks like the Obama administration is finally trying to reconcile the actions of federal prosecutors with the DOJ's policy of forbearance. Steve DeAngelo, the dispensary's executive director, said the agreement "signals the beginning of the end of federal prohibition."

Prior Reason coverage of Harborside's fight with the feds here. Reason TV on the case: