The senator says there's "almost the question" of why cigarettes are "a legal product in this country." 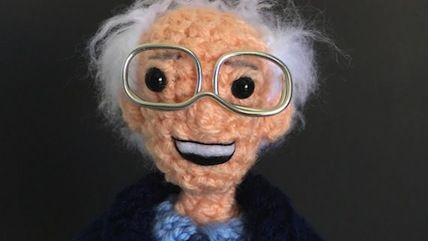 Of the five major presidential candidates remaining in the race, Bernie Sanders is the only one to have called for an end to the federal pot ban. But he also seemed to hint today on Meet the Press that he'd like to add another drug to the list of forbidden substances. Here's the exchange, which came after Sanders explained his opposition to a proposed soda tax:

CHUCK TODD: So you must be against cigarette taxes, too, then?

BERNIE SANDERS: No, I'm not. Cigarette taxes are— There's a difference between cigarettes and soda….

CHUCK TODD: I don't think Michael Bloomberg would agree with you on that one.

BERNIE SANDERS: Well, that's fine. He can have his point of view. But cigarettes are causing cancer, obviously, and a dozen other diseases. And there is almost the question as to why it remains a legal product in this country.

That would have been a nice place for Todd to inquire about just how we should take that phrase "almost the question." Instead the conversation turned to how Sanders' supporters would react to a Trump/Clinton race, and so that brief moment of A Candidate Saying Something Interesting winked out, without any follow-ups.

If Sanders does think that cigarettes should not be "a legal product," I'd like to introduce him to a fellow who once said that "making drugs illegal isn't helping to solve anything." The senator has probably heard of the guy—it's the young Bernie Sanders.