No Prison Time For NYPD Officer Who Killed Unarmed Man, Then Texted Union Rep Instead of Helping

Peter Liang gets probation and community service for killing Akai Gurley in a Brooklyn stairwell. 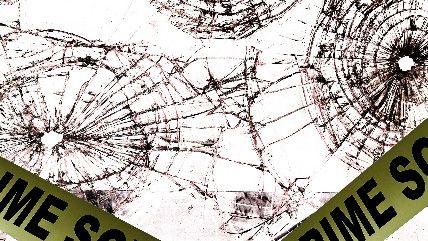 shot and killed unarmed Akai Gurley as he entered the stairwell of a Brooklyn housing project on November 20, 2014, will serve no prison time after Justice Danny K. Chun reduced the jury's guilty verdict of manslaughter to criminally negligent homicide.

Criminally negligent homicide is a felony, which will prevent Liang from resuming his career in law enforcement, and carries a maximum sentence of four years in prison.

The New York Daily News reports that Thompson wrote a letter to Chun following the conviction which read in part, "Because the incarceration of the defendant is not necessary to protect the public, and because of the unique circumstances of this case, the People do not believe that a prison sentence is warranted."

But even though the sentence the judge imposed is similar to the one Thompson recommended, the DA strenuously objected to the reduced charges. Per the Daily News:

"My office vigorously prosecuted Peter Liang for manslaughter because the evidence established that his conduct was criminal and the rule of law demanded that he be held accountable for his actions in taking Akai Gurley's life," he said, adding that his office plans to appeal that part of the ruling.

On the day of Gurley's death, Liang and his partner had been performing a "vertical patrol" in the stairwells of Brooklyn's Pink Houses housing project, in direct defiance of their supervisor's instructions. The lighting in the stairwells was poor and Liang had his gun drawn with his finger on the trigger as he descended the stairs.

Gurley and his girlfriend (who is also the mother of his now 3-year-old daughter) Melissa Butler, had tired of waiting for a non-functioning elevator and entered the stairwell. Liang became spooked by the sound of people entering one floor below and apparently accidentally fired a bullet which ricocheted off the wall one floor below and into Gurley's chest.

As Gurley lay dying, Butler attempted CPR, while Liang cried in panic and texted his police union representative. Worse, because neither Liang nor his partner had their wits about them, they were unable to pinpoint their location which would have allowed dispatchers to send medical assistance to Gurley.

Patrick Lynch, the head of New York's police union, the Patrolmen's Benevolent Association (PBA), said after Liang's conviction in February that it was a "bad verdict" which "criminalizes a tragic accident" and will have a "chilling effect" on policing. Last year, Lynch vigorously opposed NYPD Commissioner William Bratton's proposal to document all instances where officers use force into a publicly searchable database, calling it "another nail in the coffin of proactive policing."

In a "victim-impact statement," Butler tod Liang, "Akai took his last breath and died in my hands. I'm suffering while you still have your life." The New York Times reports that Gurley's aunt, Hertencia Petersen, shouted in the hallway outside the courtroom folloiwing the sentencing, "There is no justice! Akai Gurley's life didn't matter!"