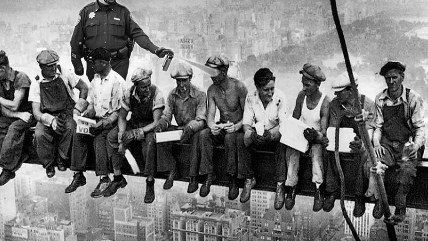 Here's another example of colleges no longer fulfilling their roles as defenders of speech and openness, combined with abusive police behavior, with an added dash of the administrative bloat that's driving up higher education costs. That's one really gross cocktail.

University of California, Davis, achieved global Internet infamy (there were memes!) when a campus police officer responded to peaceful student protesters in 2011 with a vicious, uncalled for stream of pepper spray. The college ended up paying out $30,000 each to 21 protesters who were struck. Then, remarkably, it paid $38,000 to the abusive cop himself because of the "psychiatric injury" he suffered from the criticism he received for his behavior.

UC Davis would like to put the matter behind them. But instead they've managed to figure out how to give themselves yet another round of bad publicity. They have spent thousands of dollars trying to game the internet to try to hide the incident or reduce the chance that people looking up information about the college bring up the incident. The Sacramento Bee discovered through records requests that the college paid at least $175,000 to try to improve its online reputation in the wake of the pepper-spraying incident:

The documents reflect an aggressive effort to counteract an avalanche of negative publicity that arose after the Nov. 18, 2011, pepper-spraying of student protesters by campus police. Fallout from that incident continued for more than a year, as investigations and lawsuits played out and spawned criticism of UC Davis and demands that [Chancellor Linda] Katehi resign.

In January 2013, UC Davis signed on with a Maryland company called Nevins & Associates for a six-month contract that paid $15,000 a month.

"Nevins & Associates is prepared to create and execute an online branding campaign designed to clean up the negative attention the University of California, Davis, and Chancellor Katehi have received related to the events that transpired in November 2011," a six-page proposal from Nevins promised.

"Online evidence and the venomous rhetoric about UC Davis and the Chancellor are being filtered through the 24-hour news cycle, but it is at a tepid pace," the proposal said.

The objectives Nevins outlined for the contract included "eradication of references to the pepper spray incident in search results on Google for the university and the Chancellor."

That objective was to be achieved by advising UC Davis officials on the use of Google platforms as part of "an aggressive and comprehensive online campaign to eliminate the negative search results for UC Davis and the Chancellor."

If I had a dollar for every time I got a spam email offering to improve my search engine optimization or to clean up my reputation online, I might have enough money to fund the college's strategic communications office. That's the administrative bloat connection. The Bee notes that in the years since Katehi took over in 2009, the budget for the communications office has grown from $2.93 million to $5.47 million.

So we have a publicly funded institution who is extracting more and more money both from California residents and its own students in order to fund an effort to try to keep these people from stumbling across stories about the bad things that have happened on its campus. Now how much are they going to spend to try to make this round go away?