The governor thinks the state should stop conspiring with retailers to screw consumers. 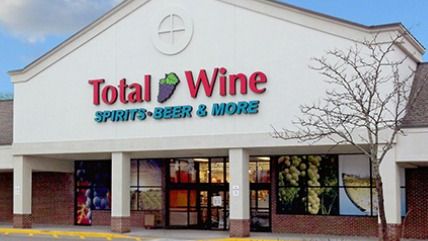 Last summer, when Pennsylvania's governor vetoed a bill that would have privatized liquor and wine sales in that state, he argued that inviting private businesses to compete for drinkers' dollars would raise prices. Last week, as Connecticut legislators considered a bill that would eliminate minimum legal prices for liquor and wine, opponents argued that consumers would end up paying more as a result.

Alcohol sure makes people say funny things. In Connecticut's case, the liquor merchants who benefit from a 35-year-old protectionist scheme that discourages price competition want legislators to believe that system is good for consumers. And even though Connecticut is the only state in the country that sets minimum prices for liquor and wine, supporters of that policy act as if the alternative—allowing the market to set prices—is unthinkable.

"The whole purpose here, the whole result would be to give business to the box store who is trying to take over everybody's business in Connecticut," Carroll Hughes, chief lobbyist for the Connecticut Package Store Association, told the Associated Press. The trade group warns that abolishing minimum prices will drive half of the state's 1,150 liquor stores out of business, eliminating 2,100 jobs. "If we had a 2,100-employee company going belly up in Connecticut," Hughes said, "we'd be falling all over ourselves trying to help them survive."

Unlike Pennsylvania Gov. Tom Wolf, who parrots the self-interested talking points of privatization opponents, Connecticut Gov. Dannel Malloy is standing up for drinkers. "Why would government force residents to pay artificially high prices?" he asked in an interview with the Hartford Courant. "It's illogical and backwards. We need to be competitive with surrounding states, who have lower prices—and we need to let the market work instead of allowing backwards laws to remain on the books."

In 2012 Malloy, a Democrat, persuaded the state legislature, which is controlled by his party, to make Connecticut one of the 38 states that allow Sunday liquor sales. Last year he won approval of a law that allows stores to stay open an extra hour (until 10 p.m. on weekdays and 6 p.m. on Sundays). He sees scrapping minimum prices, which he says force consumers to pay $4 to $12 more per bottle than merchants in other states charge, as the next logical step.

Although all of these reforms give retailers more freedom, they mostly have resisted the changes. As long as no one was allowed to sell wine and liquor on Sundays or between 9 and 10 p.m. the rest of the week, merchants could work less without losing business. But once those options became legal, stores that stayed closed risked losing sales to stores that didn't. "While convenient to the public," the wine and spirit wholesaler Brescome Barton told legislators last week, "these changes have placed enormous pressure on many small 'mom and pop' package stores that need to contend with the consequences of more days and longer hours."

Liquor merchants, hundreds of whom showed up at the state Capitol last Tuesday to protest the bill backed by Malloy, support minimum prices for the same reason they supported restrictions on their hours: Both policies make their lives easier by limiting competition. But it is not the government's job to make people's lives easier by limiting competition.

"This whole scheme," observes Nelson Gonzalez, owner of The Grog Shop of Torrington, is "because of a few special interest parties." To give you a sense of how topsy-turvy debates about alcohol regulation can get, the "scheme" to which Gonzalez refers is not the price-fixing arrangement that the state has been enforcing since 1981; it is the attempt to overturn that anti-competitive system. Gonzalez argues that if the government stops forcing merchants like him to charge higher prices, it is effectively forcing them to charge lower prices. "Why isn't the governor demanding that all clothing retailers lower their prices?" he asks in a letter to state legislators. "I never see anyone pushing for lower gas prices, cigarette prices or other consumables that are of higher cost in this state."

The governor, of course, is not "demanding" that Gonzalez charge lower prices; he is simply saying that liquor retailers should be free to do so. The problem for Gonzalez is that some of his competitors are bound to take advantage of that freedom.

Total Wine & More, which has three outlets in Connecticut and plans to open a fourth, is one of the few retailers that support pricing freedom. "The current protectionist policy you are contemplating eliminating today costs citizens of Connecticut millions of dollars a year and drives business to our surrounding states," Edward Cooper, the chain's vice president for public affairs, told legislators last week. "The artificially high prices package store retailers must charge inflate costs to consumers and place Connecticut package stores at a competitive disadvantage with stores in our neighboring states."

As a result of the price floors, Cooper says, a 1.75-liter bottle of liquor costs $5 to $8 more in Connecticut. The Distilled Spirits Council of the United States (DISCUS), which also opposes minimum prices, says "various surveys have shown that the total impact of the minimum bottle price requirement increases retail prices for spirits and wine 8-9% above surrounding states," while "some surveys have shown even higher prices, with as much as 24% difference between the per-bottle case price and the minimum mandated single bottle price."

Malloy hopes lower liquor prices will increase Connecticut sales, leading to more revenue from excise and sales taxes. He estimates that letting merchants charge less will generate $1.6 million to $2.1 million in additional tax revenue each year. DISCUS projects a bigger boost in annual tax revenue, between $5.2 million and $8.1 million. Hughes disputes those estimates, and none amounts to much as a share of the state's $38 billion budget. But the size of the government's cut is irrelevant to question of whether the state should forcibly transfer money from wine and liquor consumers to retailers, which is what it has been doing since 1981.

S.B. 14, the bill that would eliminate minimum prices (while still prohibiting retailers from selling below their "actual cost"), is sponsored by four Democrats and backed by a Democratic governor. By contrast, four of the five current and former legislators quoted as critics of the bill in a recentHartford Courant story are Republicans, who supposedly support free markets and oppose heavy-handed economic regulation. That's rather puzzling on the face of it, since, as Total Wine's Cooper dryly observes in an A.P. interview, "a government-mandated system" in which "the retailers are told what it is they should sell a product for" so as to "guarantee them a profit at a certain level" is "really not the free market."

John McKinney, former Republican leader in the state Senate, warns that "if more alcohol is consumed" there will be "more societal impacts." In other words, minimum prices are paternalistic as well as protectionist, so obviously they should be supported by critics of big government.

"If it's not broke, don't fix it," says Sen. John Kissel (R-Enfield). "Why should we open the door to these monsters who want to devour us?" This is the difference between being pro-business and being pro-market. Siding with small-business owners who fear competition from large retailers, Kissel sees nothing broken in a system that protects entrenched interests at the expense of consumers, and he sees monsters where consumers see friends.