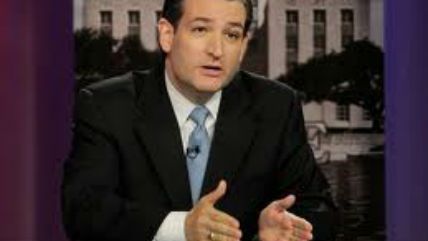 A criminal justice reform bill crawling through the Senate, which former supporter Ted Cruz has recently backed down on, is being further weakened over general fears of seeming too soft on criminals, as Politico reports this afternoon.

The bill as it previously stood would have lowered a mandatory minimum sentence for possessing a firearm after having three previous violent felony or serious drug offenses from 15 years to 10. But a "senior GOP aide" tells Politico that part is going to be cut after many complaints from conservatives.

The existing bill also allowed for sentence reductions in existing mandatory minimums for felons who are convicted of having a firearm while committing a violent or drug crime. It would also have helped people already in jail under such minimums to get out earlier.

Now, it seems, the bill will not allow those already in prison to take advantages of the reduction which would, Politico reports, "'substantively' lower the number of current prisoners who could be released early."

Senate Majority Leader Mitch McConnell says he isn't sure the bill will even come up to a vote this year, despite wide bipartisan support for both the initial proposal and, according to Politico's source, these changes that would limit its effectiveness.