Can city officials demand entrance to a home with no evidence of violations? 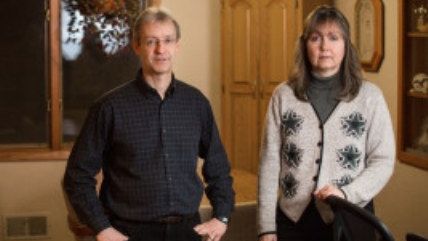 The Institute for Justice popped onto my radar for the very first time several years ago when I was researching the issue of mandatory municipal rental apartment inspections. My city (the tiny desert town of Barstow, California) was proposing the creation of such a program. I bristled at what I saw as an obvious Fourth Amendment violation, and when trying to find examples, I happened across the Institute for Justice's lawsuit against Red Wing, Minnesota, in 2006.

Municipalities across the country have instituted these inspection regimes, enforced by administrative warrants, which do not require inspectors to have proof of criminal violations in order to demand entrance into somebody's home. While they are sold to communities as public safety measures to fight slums and dangerous housing, they are used to enforce a whole host of arbitrary city codes that have little if anything to do with public safety, and they are violations of residents' privacy. Police have also been known to abuse regulatory inspection processes to conduct searches without getting warrants.

The IJ fought Red Wing's rental inspections on the basis that the law was unconstitutional because it did not require any level of suspicion for a city official to demand entrance into a rental property (the Reason Foundation submitted an amicus brief). In a complicated, technical ruling in 2013, Minnesota's top court dodged the question of constitutionality because the rental inspection law allowed a judge to demand evidence before signing off on an administrative warrant, should the city need to pursue one.

But now IJ is back in Minnesota in another city trying to push the argument even further. In Golden Valley, a suburb of Minneapolis and headquarters for General Mills, a couple is resisting the city's demands to inspect a rental unit in order to let people live there. The tenants also say that don't need to be inspected. Here's what happened next, according to IJ:

Without telling the Wiebesicks or their tenants, the city took the matter to court; it sought an administrative search warrant from Hennepin County Judge Susan Robiner. The city argued that an administrative warrant, unlike a warrant for a criminal investigation, did not require providing any evidence that anything was wrong with the home.

Judge Robiner disagreed and denied the city's request. Citing a previous case litigated by the Institute for Justice, Judge Robiner wrote that without some individualized suspicion of a housing code violation, the court could not order a warrant. She wrote:

"Both the United States Constitution and the Minnesota Constitution provide that persons shall be free from unreasonable searches and seizures and impose a warrant requirement supported by probable cause… [T]he privacy interest in one's home is well-recognized as of greatest constitutional significance."

So a judge actually ruled their rental inspection system unconstitutional. The city is appealing the case, so IJ has stepped forward to represent the couple again. IJ Senior Attorney Anthony Sanders tells me they're hoping this case will force the state's Supreme Court to have to deal with the constitutional issues directly. Because the city did attempt to pursue an administrative warrant without any evidence of legal violations, IJ can attempt to make the case that law itself is unconstitutional as it is applied.

Read more about the case here.