Despair at the Number of Americans Who Choose Security over Liberty, Privacy 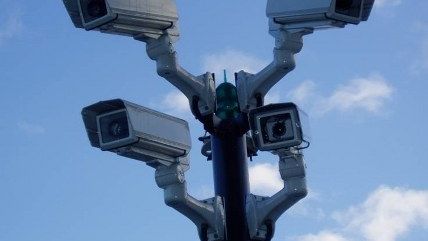 According to a new, frustrating poll, a majority of Americans in both the major parties appears to support warrantless government surveillance of Americans' online activity and communications to fight terrorism.

I say "appears" because the question that the Associated Press and the National Opinion Research Center (NORC) at the University of Chicago is written oddly and never says the word "surveillance." Instead it just calls it "analysis."

Here's the response and the question below. This is from a poll earlier in December that was conducted with 1,042 adults:

Of important note, those who are don't affiliate with either party are the ones who don't, as a majority, support warrantless surveillance. Unfortunately a majority of independents don't oppose it either, and they represent the largest chunk of "neither" respondents.

Sex and age were also a factor. Men were less likely to support surveillance, as were, interestingly, millennials between 18-29. Only 33 percent of millennials polled supported warrantless surveillance.

The poll also asked folks how well they thought the government was doing in its task of protecting citizens' freedoms. Perhaps unsurprisingly (to us, anyway) independents ranked the government lower in every single category from freedom of speech to freedom of unreasonable search and seizure than Democrats or Republicans:

Consider it a chicken and egg scenario. Did their beliefs that the government isn't protecting civil liberties drive them away from the two political parties in the first place, or did their strong desires for individual liberty exist first and make them skeptical of our political masters?

Read more about the poll here.